Body found in bayou near country club in Spring 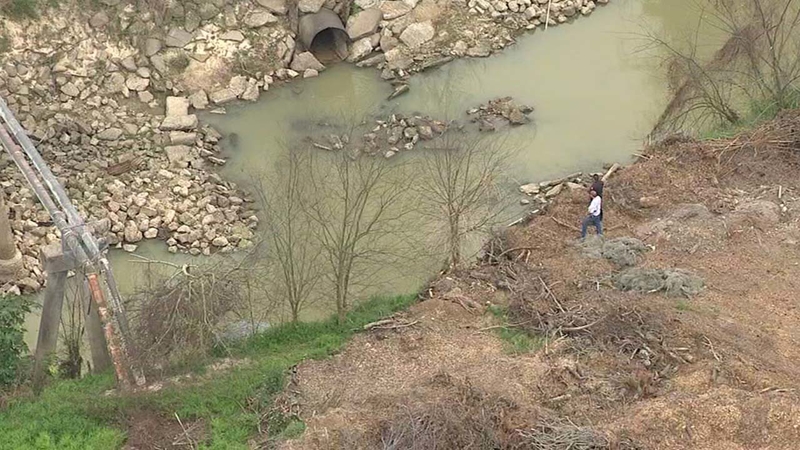 SPRING, TX (KTRK) -- Harris County homicide detectives are trying to identify a body found along the water and determine if foul play may have been involved in the man's death.

Neighbors who live along Champions Drive say it's rare to see flashing lights along the street and they have a lot of questions they want answered. "Is it a murder, someone homeless? What is it?" says Sharon Sargeant as she walks her dog near her northwest side home.

Homicide detectives will try to answer them after going over the scene along Cypress Creek. They say a resident from an apartment nearby found the man's body this morning and called 911. The scene at the end of the dead end street and across from the Ravenaux Country Club doesn't get much traffic. Neighbors don't believe the body had been there long or someone would have seen it by now but it's enough to make them cautious when they take their morning and evening walks up and down the street.

Sargeant sai, "You always felt safe being tucked back here. There's a lot of elderly people who live in this area. It's just a shock."

The body was removed from the scene late Monday afternoon and investigators have only said it's a man but not released an age or race at this time.