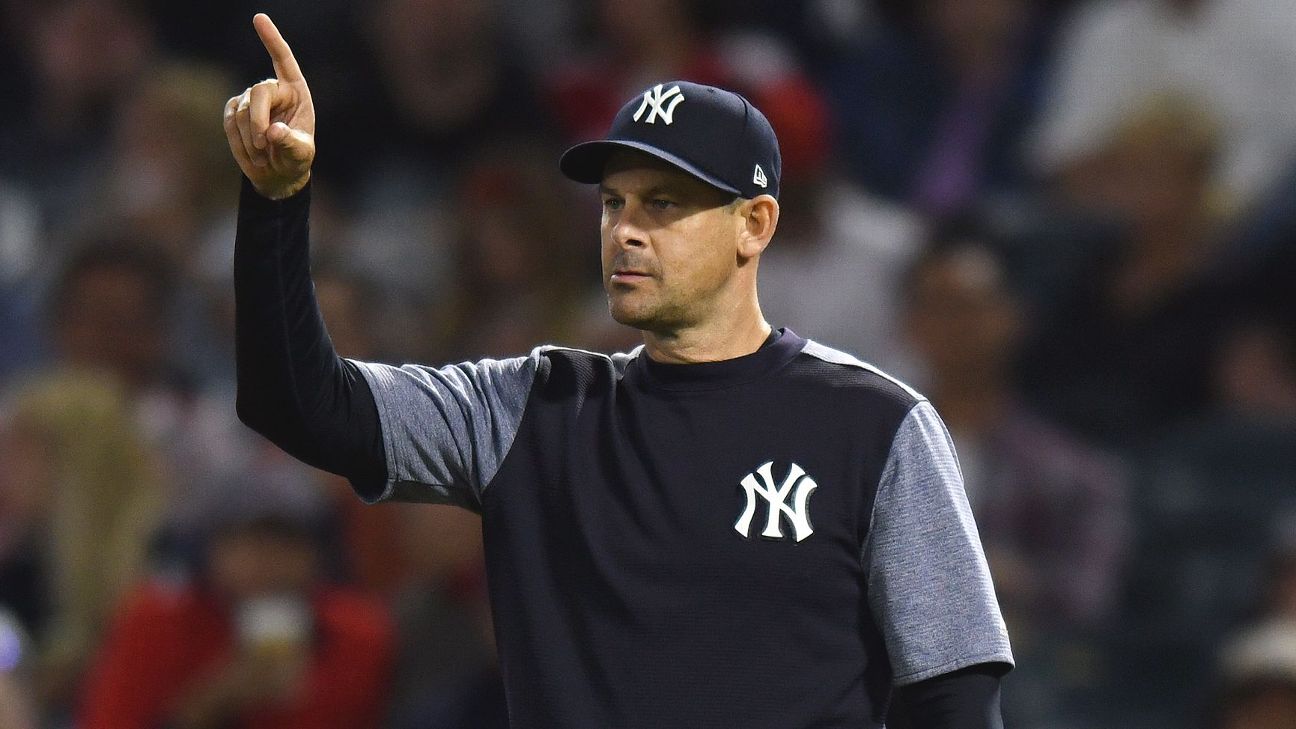 NEW YORK -- The New York Yankees' bullpen seemingly will need all the extra rest it got in the final weeks of the regular season.

During a workout day Monday, with neither the Yankees nor theHouston Astrosactually working out after playing 4 hours, 49 minutes on Sunday in Game 2 of the American League Championship Series -- an 11-inning, 3-2 walk-off win for the Astros -- Aaron Boone announced his intention to deploy his bullpen for Game 4 at Yankee Stadium. Astros manager AJ Hinch said Monday that he is considering a similar strategy.

Right-hander Luis Severino will be on the mound for the Yankees for Game 3 vs. 2019 Cy Young candidate Gerrit Colefor the Astros.

"For [Game 4 on Wednesday], it will be kind of a bullpen day," Boone said. "Obviously, depends a lot on what happens tomorrow, how we use guys, what the game ends up in. We'll kind of see where we're at going into the next day. J.A. Happ could very much be in the mix, as well as our bullpen being unleashed on that day."

Having fresh arms in the bullpen served the Yankees well in their sweep of the Minnesota Twins in the American League Division Series, with relievers throwing just a third of an inning less than the total amount of innings thrown by the starters.

During the 2018 ALDS vs. theBoston Red Sox, Boone was heavily criticized for his bullpen management and sticking with his starters too long. As was evident against the Twins, this postseason has been a completely different story.

Although Game 1 of the ALCS started with a stellar pitching performance by Tanaka, Boone didn't let go of his quick hook. Tanaka was taken out of the game after throwing only 68 pitches over six scoreless innings, which, according to Baseball-Reference.com data, meant he became the first AL pitcher in postseason history to be removed after fewer than 70 pitches thrown in six-plus shutout innings.

Boone has been ambivalent when asked whether last year's postseason criticism has affected how he has managed his relievers so far, but there is no doubt that he will not hesitate to deploy all of his bullpen weapons.

"I kind of go into the game and go into series and try and have a blueprint or a plan in place that obviously is always fluid, and you've got to make adjustments on the fly," Boone said ahead of the start of the ALCS. "Just trying to do what's going to give us the best chance to win. So I don't know if it's in response to anything or just trying to be as prepared as I can be to make sound decisions."

The Astros are also looking to their bullpen to carry the load in Game 4. When asked about his Game 4 plans, Hinch said, "The initial answer is, let's call it a bullpen day. That's the cool thing to say nowadays. It's a bullpen day."

Hinch was asked his thoughts on the "opener" strategy that has become en vogue the past couple of seasons during the Astros' ALDS against Tampa Bay. The Rays are credited with bringing the strategy into baseball's mainstream, but Hinch said he hadn't used it because the Astros' rotation has been so strong.

Late in the season, Hinch's No. 4 starter, Wade Miley, struggled so badly that he was left off the roster for the ALCS. Another option, hard-throwing rookie Jose Urquidy, is inexperienced. A third option, Brad Peacock, is coming off of injury. Thus, bullpenning has arrived for the Astros.

"In a perfect world, there's going to be a number of guys -- maybe Urquidy starts, maybe he comes in the middle of the game," Hinch said. "And [maybe] we go with somebody with a little bit more experience. But we haven't made that decision."

A midweek storm could throw a wrench in the Yankees' and Astros' pitching plans.

The weather forecast calls for widespread thunderstorms in the New York City area on Wednesday, with a 100% chance of rain at first pitch (8:07 pm ET). In case of a rainout, Game 4 at Yankee Stadium would be played Thursday and Game 5 Friday, which is the scheduled travel day back to Houston, if necessary.

If Game 4 gets pushed back because of weather, Hinch's decision to bullpen might be moot. He could instead use his Game 1 starter, Zack Greinke, on normal rest.

Boone said he would not manage his bullpen differently with the possibility of a rainout.

"If weather becomes an issue, where the game were to get wiped out Wednesday, that kind of impacts what you do moving forward from there," Boone said. "As far as Tuesday, Sevy is going. We like our matchup there, feel he gives us a great chance. But we'll kind of treat it aggressively and try to win that game. I do not really see Wednesday leaking into that too much."

If Game 4 is moved to Thursday, the Yankees would likely start Tanaka, allowing him to pitch on regular rest. Nonetheless, a rainout could force the teams to play up to four straight games, which could be seen as an advantage for the Astros, who have three reliable starters who can go deep into games.

When reached for a statement, an MLB spokesperson told ESPN: "We are always in contact with our clubs about weather-related issues that may impact the scheduled playing of any game." 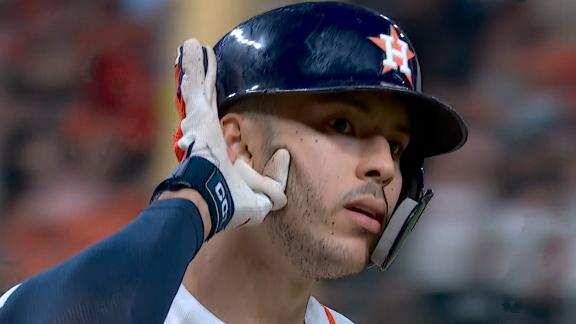