Williams sisters lose in 2nd round 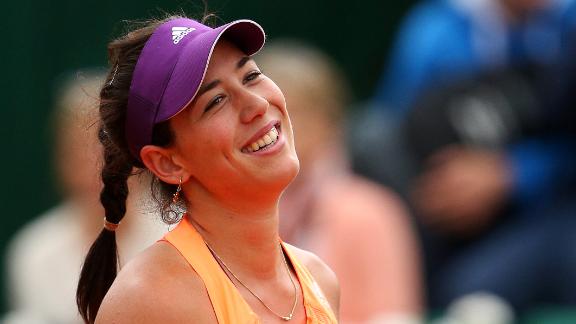 PARIS -- Instead of looking forward to playing each other this week at the French Open, Serena and Venus Williams will both be heading home early.

The American sisters both lost in the second round on Wednesday, each being outplayed by little known opponents at Roland Garros.

Serena, the defending French Open champion and a 17-time major winner, lost in 64 minutes to Garbine Muguruza of Spain 6-2, 6-2. It is her earliest exit at a major tournament since falling in the first round at Roland Garros two years ago -- and the most-lopsided loss ever in her 288-match Grand Slam career.

The Williams siblings would have met in the third round had they both won.

"It was one of those days," Serena said. "You can't be on every day, and, gosh, I hate to be off during a Grand Slam. It happens, you know. It's not the end of the world. It is what it is."

The sisters had lost on the same day at a major tournament twice before, with the last coming in the fourth round at Wimbledon in 2011. The other time was at the French Open in 2008 in the third round.

With Li Na also eliminated, it is the first time in the Open era that the top two seeded women have lost before the third round at any Grand Slam tournament.

"Nobody's safe," summed up Patrick Mouratoglou, the coach who began working with Serena after the 2012 French Open.

"Usually when she's in trouble, she always finds a way," Mouratoglou said. "But she's a human being, so today she couldn't."

Serena struggled from the start against the 20-year-old Muguruza and finished the match with only eight winners and 29 unforced errors.

"Just nothing really worked," Serena said. "I don't know anything that actually worked."

Muguruza was playing at the French Open for only the second time in her career. She lost in the second round last year but reached the fourth round at the Australian Open in January.

"I was like, 'Oh, my God, I'm winning," Muguruza said, noting that she grew up watching Serena on TV.

"Since I was a child, I thought, 'Oh, I want to play against Serena on center court.' And today was the day," Muguruza said. "And I think I did very good."

Serena never before failed to win at least five games in a match at a major, but Muguruza regularly pounded serves topping 100 mph (160 kph) and held her own during baseline rallies. Serena had 29 unforced errors and only eight winners.

So she'll remain one major singles trophy shy of Chris Evert and Martina Navratilova, who each won 18.

And make no mistake -- it's the majors that matter most to Serena, who lost in the fourth round at the Australian Open in January.

She's 24-4 with a tour-high four titles in 2014, but when asked to sum up her season, she said: "I haven't gotten past the fourth round of a Grand Slam this year. I have a couple words to describe it, but I think that would be really inappropriate, so I'm going to leave it at that. Thank you."

Venus Williams' loss was the eighth time in her last nine major tournaments that she has failed to win more than one match.

The seven-time Grand Slam champion won the first set and was up an early break in the second. But the 19-year-old Schmiedlova responded by taking eight of nine games.

"I felt like this was a match that I was most likely going to win," Venus said. "I don't know how Serena felt, but I'm sure she feels like that every time she goes on the court. So I think our expectation was to play in the next round."

Since reaching the fourth round at Wimbledon in 2011, Williams has been eliminated in the first or second round at every Grand Slam tournament she has played except the 2013 Australian Open, where she reached the third round.

At 33 years old, Williams is far from her best. But she has been having a solid season in 2014, winning a hard-court title in Dubai and reaching the final in Auckland.

Against Schmiedlova, the 29th seed ended up with 47 unforced errors. Schmiedlova had only 20.

Venus Williams won the last of her seven major titles at Wimbledon in 2008. She has never won the French Open but lost to Serena in the 2002 final in their only meeting at Roland Garros.

Maria Sharapova, meanwhile, takes over as the main favorite and advanced to the third round by beating Tsvetana Pironkova of Bulgaria 7-5, 6-2.

The seventh-seeded Sharapova won the French Open title two years ago and lost to Serena Williams in last year's final.

No. 12 Flavia Pennetta of Italy also lost, while No. 8 Angelique Kerber of Germany and No. 18 Eugenie Bouchard of Canada won.

Serena Stunned
Garbine Muguruza shocked top-seeded Serena Williams, beating her 6-2, 6-2 in the second round of the French Open.

Serena: Nothing Worked For Me
Serena Williams speaks to the press after her shocking second-round loss to Garbine Muguruza.

60-Second Slice: French Open Day 4
Prim Siripipat recaps a wild Day 4 in Paris in just 60 seconds, including a shocking exit no one saw coming, a surprise American making it into Round 2 and a seriously dirty postmatch celebration.

Muguruza: The Biggest Win Of My Career
Darren Cahill talks to Garbine Muguruza about her 6-2, 6-2 victory over top-seeded Serena Williams in the second round of the French Open.

Venus Ousted
Anna Schmiedlova beat Venus Williams 6-2, 3-6, 6-4 in the second round of the French Open.