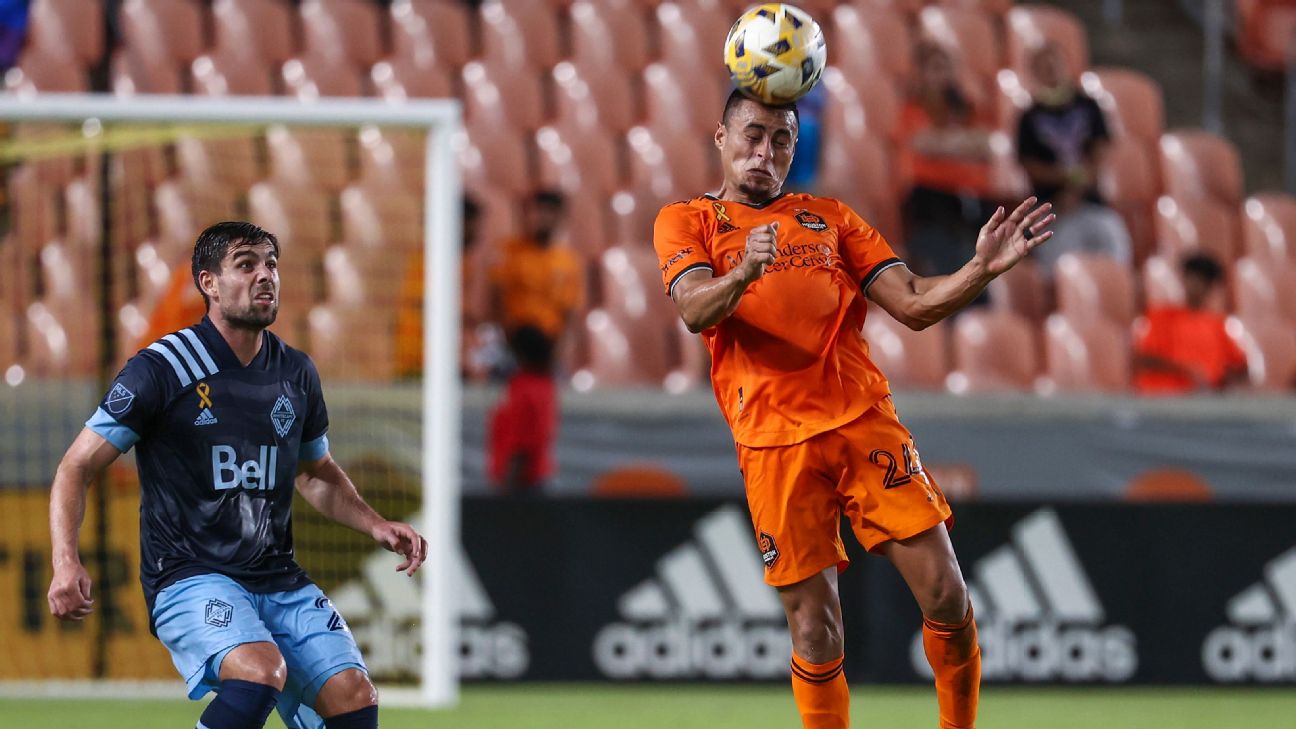 The Vancouver Whitecaps continued their road struggles on Wednesday, settling for a 0-0 draw with the host Houston Dynamo.

The Dynamo dominated possession in the first half with nearly 65% of the touches but struggled to convert on their chances, with only one of their nine shot attempts reaching the target.

In the eighth minute, Darwin Quintero's shot from the right side just missed the net and a minute later, Fafa Picault hit the post.

In the 29th minute, Picault drove up the middle into the box for a quality chance, but his attempt was blocked by Vancouver defender Andy Rose.


Houston midfielder Corey Baird tried to set up Teenage Hadebe in front with a lob feed in the 42nd minute but couldn't connect, with the pass landing out of reach of the central defender.

Vancouver failed to record any shot attempts in the first half.

The Dynamo picked up where they left off to start the second. In the 50th minute, Picault had his sights on the far post where Baird was driving to the net but the ball rolled through the box out the other side.

One minute later, Whitecaps goalkeeper Maxime Crepeau denied Quintero off a shot from right in front with a diving save.

Crepeau was at it again with a pair of stops on Tyler Pasher. In the 72nd minute, he dived to reach Pasher's cross, getting a touch on it to deflect it away from the net. In the 78th minute, he came up with a quick stop on Pasher's attempt from the arc. Quintero picked up the rebound of Pasher's second attempt but the ball rolled just wide right of the net.