Westbrook to return to lineup as Rockets host Blazers 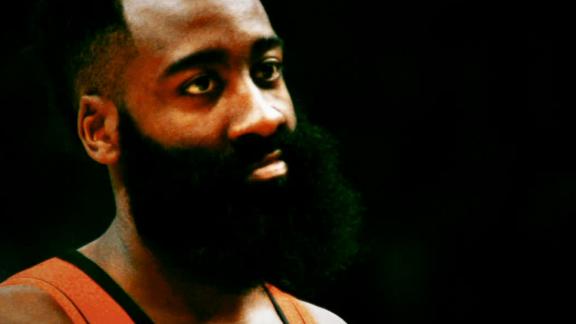 ESPN
With the Rockets committed to not playing Russell Westbrook in back-to-back games, the onus remains on someone else to fill the void and provide a reasonable facsimile of his production.

On Tuesday in Memphis, the Rockets again fell short without Westbrook, blowing an early 11-point lead and falling 121-110 to the Grizzlies. Westbrook will play on Wednesday when the Rockets host the Portland Trail Blazers, but in the interim, the problems that have plagued them without Westbrook continue unabated.

"When Russ is not around, we've got to find a little bit more punch," Rockets coach Mike D'Antoni said. "Somebody's got to step up."

Losers of four of five on the road after winning the first three games of their mid-December road trip, the Rockets have won both games of a back-to-back only once in five sets this season, recording splits in each of the last three instances. Some aspect of their game typically fails them with Westbrook watching from the bench with the most frequent culprit, lackadaisical defense, again arising against the Grizzlies.

Memphis produced 25 fast-break points to fuel its victory, 16 in the first-half when the Grizzlies seized control with an 18-6 run that yielded a 59-47 advantage. The Grizzlies entered the game third in the NBA in pace, and the Rockets did little to slow them, suffering numerous defensive breakdowns in transition to provide the spark Memphis needed to win its sixth consecutive game.

"We didn't bring it," Rockets guard James Harden said. "They didn't feel us (defensively) from the beginning of the game."

Seven games under .500 halfway through the schedule isn't the position the Trail Blazers anticipated holding following their berth in the Western Conference Finals last postseason. For Portland, establishing any semblance of lasting momentum has been an arduous challenge, with their 115-112 victory over the Charlotte Hornets on Monday just the Trail Blazers' third win over 11 games since a four-game winning streak improved their record to 14-16 on Dec. 21.

Injuries, particularly to bigs Jusuf Nurkic (leg), Zach Collins (shoulder) and Skal Labissiere (knee), have curtailed the Trail Blazers' aspirations. Short on consistent production outside of its starting backcourt of Damian Lillard and CJ McCollum, Portland has been in a constant search for contributions elsewhere.

Against Charlotte, veteran forward Anthony Tolliver delivered a season-high 16 points, all in the fourth quarter, to steady the Trail Blazers after they surrendered 43 points in the previous period. Until their roster overcomes the injury adversity, assuming it ever does, the Trail Blazers will require more of the surprising efforts like what Tolliver delivered in order to climb back into contention in the West.

"A win that we needed and he came through," said Lillard, who scored a game-high 30 points on Monday.

"We're in a situation where we need to win as many games as possible. Regardless of how someone is shooting the ball or the kind of season they've had, any time we can have someone come up big and contribute to a win, we'll take it. And I think that was A.T."

Houston COVID-19 cases top 1,145 in one month
This is when you're no longer contagious with COVID-19
Missouri City councilman recovers from coronavirus
5-year-old dies a week after being hit by stray bullet
COVID-19 treatment being tested on 30 Texas City patients
Show More
Near record heat before a stormy cold front blows in
Making a COVID-19 vaccine, as explained with M&M's
Flight attendant sings positive message during uncertain times
2 H-E-B workers reportedly test positive for COVID-19
18-year-old claims she would 'willfully spread' COVID-19
More TOP STORIES News