Warriors' Andre Iguodala upgraded to questionable for Game 4 against Rockets. 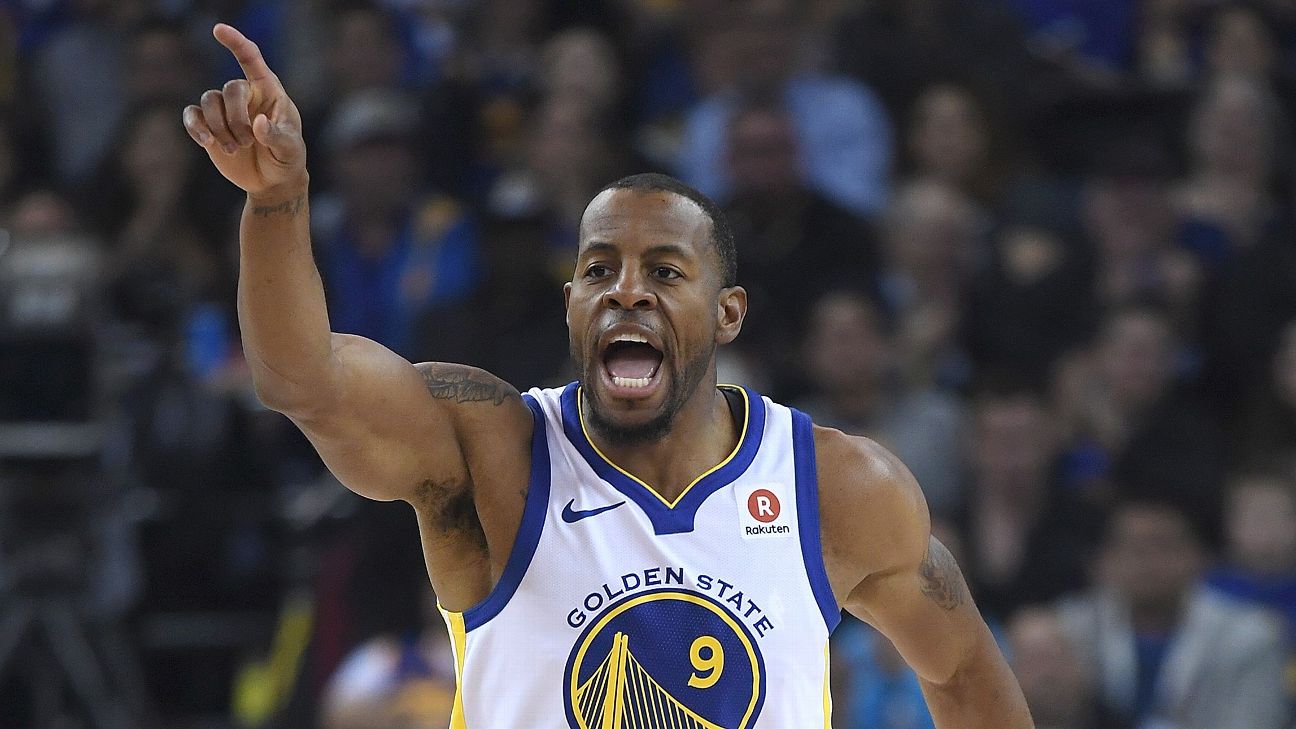 The Golden State Warriors have upgraded forward Andre Iguodala's status from doubtful to questionable for Tuesday's Game 4 against the Houston Rockets.

Iguodala bruised his left leg when he banged knees with James Harden in Game 3 of the Western Conference finals on Sunday night. The bruise is slightly below the knee.

Iguodala, who was held out of practice on Monday, a source told ESPN's Ramona Shelburne, had an X-ray and an MRI on Monday which the Warriors say showed no structural damage.

Iguodala received treatment to the knee Monday night and again Tuesday morning. His status for Game 4 will depend on his ability to tolerate the pain in his knee, which remains sore.

The Warriors will make a final call before the game. If he plays, Iguodala would likely wear a padded sleeve to protect against further injury.