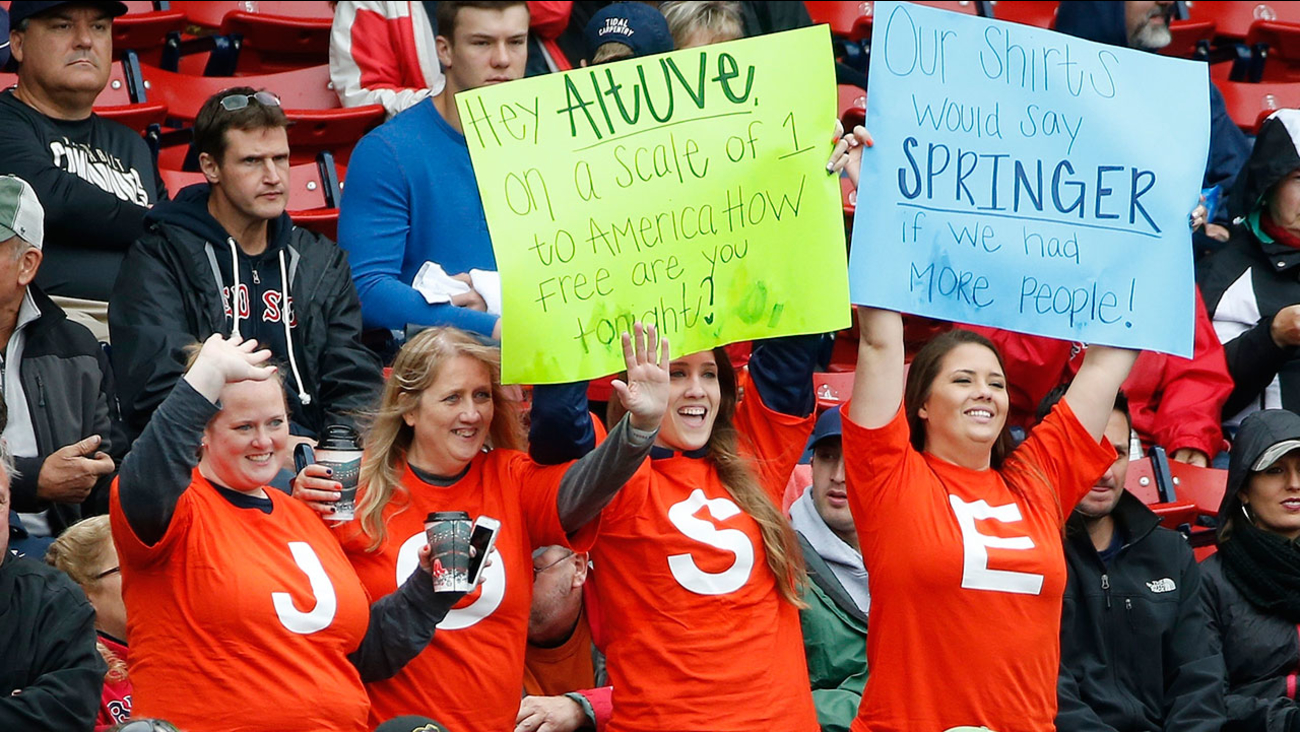 HOUSTON, Texas (KTRK) -- Justin Verlander will campaign for his sixth straight win as an Astro when he starts this afternoon to kick off Houston's postseason run against the Boston Red Sox.

The right-handed starting pitcher is 5-0 since joining the AL West champs on Aug. 31.

RELATED: What you need to know about Justin Verlander

The American League Division Series Game 1 starter for Houston will go up against opposing pitcher Chris Sale, who is boasting a 17-8 record and has been as solid as Verlander.

The current Boston lineup has boasted just a .211 batting average with 38 hits and 15 RBIs against Verlander in his career.

In his five games with the Astros, Verlander has just a 1.06 ERA, giving up just 17 hits, four earned runs and four home runs.

For Sale's part, the current Astros have only hit .209 against the left-hander, with 24 hits and 12 RBIs.

The first pitch is slated for 3:08 p.m. at Minute Maid Park.

The Astros also plan to welcome individuals hailed as "heroes of Harvey" at the ballpark. Jim "Mattress Mack" McIngvale will throw out the first pitch, and members of the Cajun Navy, who mobilized to save those stranded by flood water, will be honored.

The Astros have an extremely limited amount of tickets available for the start of the team's playoff run. You can take your chance of getting one at the team's website here.

The team has also organized its postseason street festivals happening before each home playoff game. For Game 1, the street fest on Crawford Street will begin at 11 a.m. Game 2's fest start is at 10 a.m.

You can get details on the Astros postseason festivities on their website.