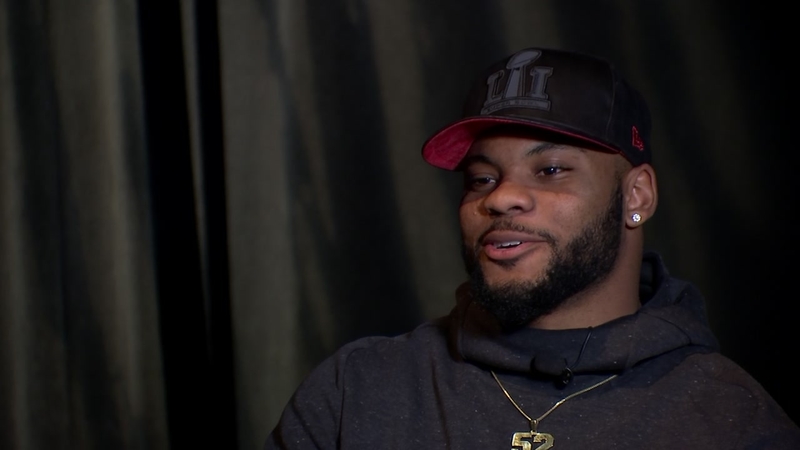 HOUSTON (KTRK) -- It has been an incredible year for Patriots rookie, Elandon Roberts. The former University of Houston linebacker just won the Super Bowl right here in Houston.

"Honestly I woke up that next day and kind of opened my eyes and asked, 'did that really just happen,'" Roberts said.

A year ago, Roberts wasn't sure if he would get drafted because he wasn't invited to the NFL combine. The New England Patriots took a chance on him in the 6th round and the rest is history.

When he arrived in New England, some of his teammates jokingly gave him a hard time because of his size. "It's kind of funny, they said I was 5'10, but like I told them, go check that stats, go check the books," says Roberts. "I play this game because I love it, so when I put the pads on, it was time to go."

When he played for the University of Houston, Roberts was considered the heart and soul of their defense. Even though he now lives in the New England area, Roberts keeps UH close to his heart.