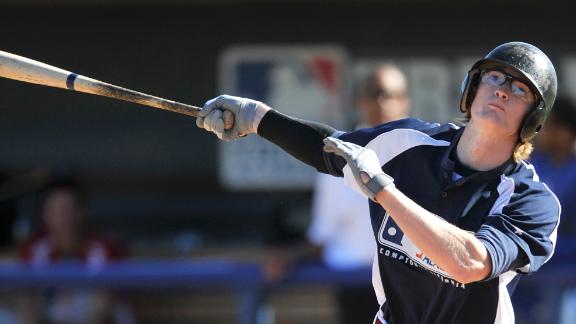 The Cubs have yet to announce the trade but the Kane County Cougars, Gretzky's former team, tweeted out that he had been dealt.

Gretzky is the son of Hall of Fame hockey player Wayne Gretzky. He was drafted by the Cubs in the seventh round in 2011, while the younger Scioscia was taken by the Angels in the 45th round the same year.

Gretzky, 21, played for Boise and Kane County in Class A last year, hitting a combined .274 with a home run and 8 RBIs. Scioscia, 25, never has played higher than high Class A ball, hitting .194 last season between three teams.