Todd Graham has words for Mike Leach during postgame handshake 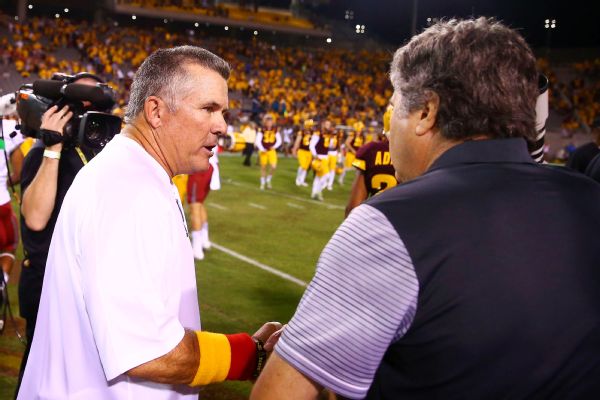 Washington Statecoach Mike Leach had some words for Arizona Stateearlier in the week, when he accused the school's coaches of stealing signals.

Following the Cougars' 37-32 win over the Sun Devils on Saturday night, Arizona State coach Todd Graham had some words of his own for Leach during the postgame handshake that could be heard on the broadcast of the game.

As the two met at midfield, Graham greeted Leach with an open hand and said, "Good game, Mike."

Then he pulled Leach closer and said, "Hey man, what you did in the newspaper is chickens---. I've always respected you. For you to do that is bulls---."

Leach walked away and did not respond.

During his meeting with the media on Monday, Leach said he thought Arizona State tries to steal signals and called it an "unsavory practice." He made similar accusations against the Sun Devils last season, saying the Pac-12 should launch an investigation, which it never did.

There are no rules against stealing signals, and Leach was fined $10,000 and reprimanded by the Pac-12 on Thursday for disparaging comments toward another member institution.

During his postgame news conference on Saturday, Leach was asked about Arizona State's seven sacks, to which he quipped: "I respectfully decline to answer that at the risk of getting a public reprimand or fine. Any questions about them, I really don't plan to answer. But I thought we could have played better on the O-line. How's that?"

Graham declined to discuss his postgame talk with Leach, according to reports.

The win moved Washington State (5-2, 4-0) into a tie with Washingtonatop the Pac-12 North standings. Arizona State (5-3, 2-3) has dropped three of its past four after starting the season 4-0. 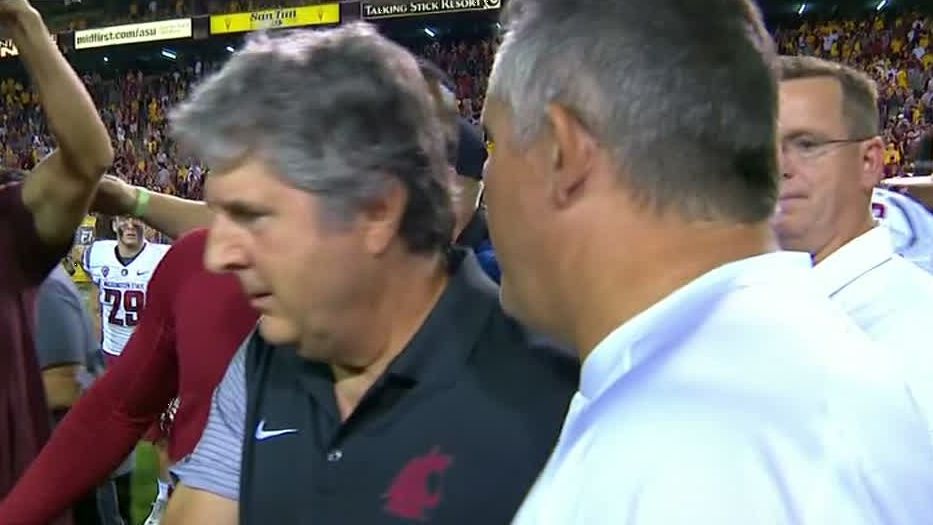