Three-time MVP Brett Favre, 45, thinks he could still play in the NFL 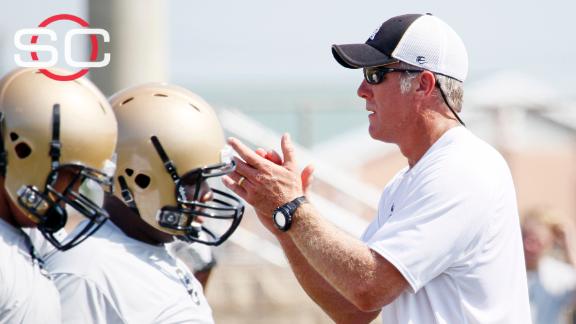 Brett Favre has said several times that he'd consider playing again if he knew he'd never take another hit. Even now, at age 45, the three-time NFL MVP still thinks he could function at a high level in the game.

"I think I could play," Favre said during a recent interview with Sports Illustrated. "As far as throwing. Of course, we're not trying to start some he's-coming-out-of-retirement deal.

"Do I think I could play and lead a team? Look, no. But I could play. I could make all the throws I made before, I just couldn't throw it near as far, but that never matters anyway."

Favre appears on the cover of SI's "Where Are They Now?" issue wearing his old Green Bay PackersNo. 4 jersey. That number will be retired on July 18, when Favre is inducted into the Packers Hall of Fame, and it will go up on the Lambeau Field facade on Thanksgiving night.

It will mark Favre's first event with the organization since he was traded to the New York Jets in 2008 and will be his first time back at Lambeau Field since he played there for the Minnesota Vikings in 2009 and 2010.

In the SI interview, Favre said the bad blood that existed between him and the Packers could have been avoided had he taken more time with his initial decision to retire after the 2007 season.

"Had I, I would have come back and played," Favre said. "The drama would have been avoided."