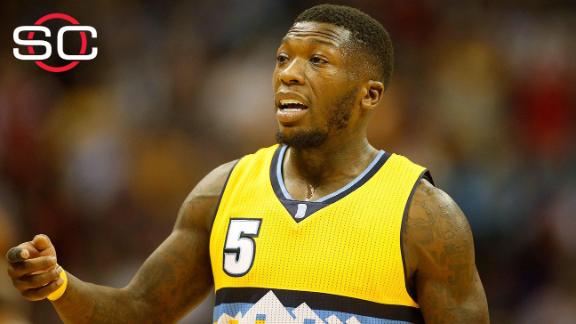 The Basketball Tournament, a single-elimination event in which the winning team will earn $1 million, will feature more than 40 former NBA players, including Royce White, Nate Robinson and Brian Scalabrine.

The event began a year ago with a prize of $500,000 and featured 55 teams. This season, the field will include 97 teams after the open application process closed last week.

The tournament will begin July 10-12, and the field will be split up into four regions: Philadelphia (Northeast), Atlanta (South), Chicago (Midwest) and Los Angeles (West).

The semifinals and title game will be held at Fordham University in New York on Aug. 1-2 on ESPN.

"To grow from 32 teams in 2014 to 97 teams in 2015 serves as a testament to the open tournament model," TBT CEO Jon Mugar said in a statement. "There are an extraordinary amount of sports fanatics that want to step into the role of team owner or GM, build their own franchises from scratch, and compete in an event that pays off with live game coverage on ESPN."

Many of the teams feature alums from college programs. TheFlorida Gatorshave a team that includes Jason Williams,Erik Murphy, Matt Walsh, Alex Tyus and Lee Humphrey. Indiana will field a team that includes formerHoosiersChristian Watford, Jordan Hulls and Will Sheehey.

Former Ole Miss star Marshall Henderson has also put together a team comprised primarily of players from theRebelsprogram and also the Dallas area. San Antonio Spurs forward Matt Bonner is the general manager, and actor Michael Rappaport is the coach of a team that features former NBA players Jason Williams and Scalabrine.

White will play for aWisconsinteam that also includes Jordan Taylor, Kammron Taylor and Mike Bruesewitz. HakimWarrick and Eric Devendorf, a pair of formerSyracusestandouts, will play for Boeheim's Army.UConn, Georgetown, Oklahoma and Virginiaall have teams with multiple former players.

The defending championNotre DameFighting Alumni will return with a group that includes Ben Hansbrough, TimAbromaitis and Torin Francis.

"I had so much fun following my guys in the TBT," Notre Dame coach Mike Brey said of last year's event. "It was also cool to see the other teams and how they were put together. One million dollars this year creates even more drama."