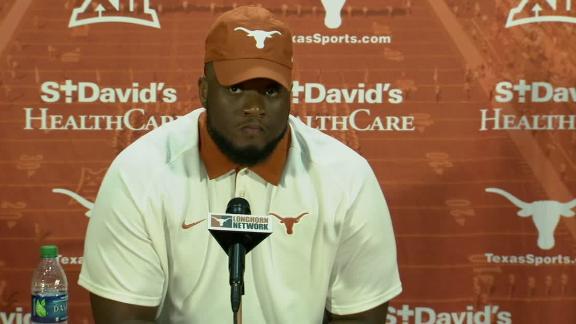 AUSTIN, Texas -- While Charlie Strong stood at a podium Monday and answered questions about whether he's about to lose his job, his Texasfootball players stood behind him.

The players crowded together behind reporters and cameras inside the Centennial Room at DKR-Texas Memorial Stadium and listened to Strong insist his fate hasn't been decided and that he wants to return in 2017.

When Strong's 28-minute news conference ended, the players gave him a round of applause. Strong hugged and thanked each of his players, who say they are upset about reports that Strong's tenure will come to an end after Texas faces TCU on Friday and that they are hopeful one more win will buy Strong another year in Austin.

Texas defensive tackle Paul Boyette Jr. was moved to tears while making his passionate defense of Strong on Monday. A senior, Boyette said Strong taught him to become a man and hasn't been given enough time to turn the program around. He's hoping for a swift resolution to all the uncertainty, too.

"No person deserves to be in this type of limbo at all," Boyette said.

Boyette said he never thought Texas would end up in this predicament this season. He said he believes that, despite his coach's 16-20 record in Austin, Strong has built a foundation for the program and set it up for big success in 2017 and beyond.

Players agreed with Strong's argument Monday that the Longhorns will play for a national championship again in the near future. They believe they're close, even after a 24-21 overtime loss to 2-9 Kansas that made them 5-6 and 3-5 in the Big 12.

Boyette praised the personal bonds Strong has build with his players and said most people don't understand what he and his team have gone through with the persistent speculation about Strong's job.

"I don't think you're ever going to find a head coach who loves his players like he does and genuinely cares," Boyette said. "The things people see on Saturdays ... life is way more than that."

Texas quarterback Shane Buechele said he's confident the team will fight hard against TCU (5-5, 3-4 Big 12) to try to save Strong's job, even if they don't know what will come next after the game.

"We're just trying to come together as a family, trying to support our coach and a guy we feel is really important to our family," Buechele said. "I can't say enough. It shows how much support we have for him today."

Texas players shot down the speculation that they might boycott the regular-season finale. Wide receiver Jacorey Warrick said Strong would never let that happen. They know how important a win would be for Strong and for his senior class clinching a bowl bid.

Fellow quarterback Tyrone Swoopes and the rest of the Longhorns' departing senior class have already gone through a coaching change before, when Mack Brown resigned after the 2013 season. When asked about going through this all over again with Strong, Swoopes replied, "It's normal."

The Longhorns players know all they can do right now to support their coach is give him a win Friday afternoon.

Said Warrick: "We'll leave it all on the line." 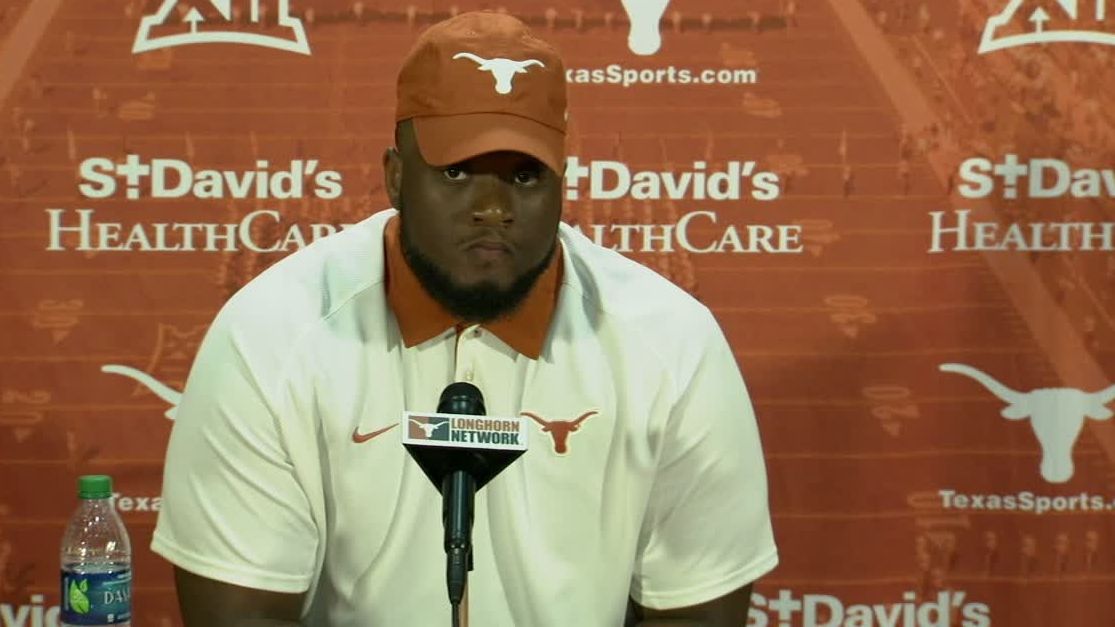