Texas' Charlie Strong says he has not been told he's fired 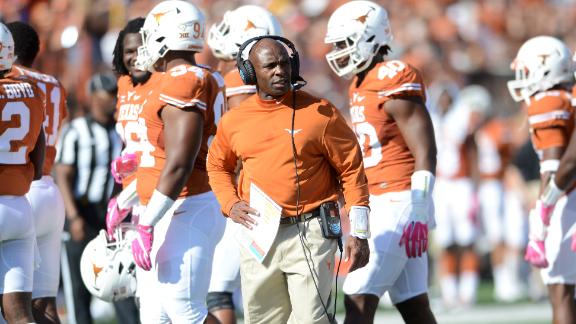 Charlie Strong says he has not been told he has lost his job at Texas, despite reports that a decision to let him go has been made.

"I've been told we'll be evaluated at the end of the season," he said at a Monday news conference.

Strong said that he met with his team after ESPN, among other outlets, reported that he will be fired.

"There's a lot of reports out there," Strong said he told the team. "There's no reason for you to worry about me."

Amid the turmoil, some Texas players have reportedly discussed boycotting the last game against TCU.

The Austin American-Statesman reported that upperclassmen are trying to intervene to calm the situation.

Strong said that his team will show up for TCU.

"They will not boycott this game," he said. "They know this game is about the seniors. That's not going to happen."

Strong added: "I told them not to quit on me and I wouldn't quit on them."

Texas wide receiver Jacorey Warrick was that adamant players will not boycott the game and said he hopes the dozens of Longhorn players who came to Strong's news conference to show their support sent a message.

"He doesn't have the support, I guess, of some of the people who are trying to get him out," Warrick said. "But the people who really matter, the players, you can see where our support lies."

Strong did say that the rumors and reports have put pressure on the 5-6 Longhorns and that Texas was playing not to lose recently.

With tears streaming down his face, defensive tackle Paul Boyette Jr. offered a passionate defense of Strong's tenure at Texas, arguing his coaches deserve more than 36 months to turn the program around.

"In my heart and my spirit, I want him to be here," Boyette Jr. said. "I don't make the decisions. I'm not the head man in charge. All I can do is pray and hope for the best. I can't say enough about him."

Boyette Jr., a senior, said it leaves a bitter taste in his mouth to think another head coach could come to Texas next season and reap the benefits of Strong's three years of building.

"If they hit the jackpot, they go a national championship, win the Big 12, they'll know who got 'em there," Boyette Jr. said.

Strong is 16-20 overall and 12-14 in Big 12 play in three seasons with the Longhorns. If he coaches Friday against TCU, Strong will clinch either a bowl bid or his third seven-loss season.

Strong said Monday that he wants to return next season and feels that a young Texas team has a lot of upside.

If he is fired, however, Strong will be owed a $10.7 million buyout for the remaining two years on his contract, a fee that would be reduced if he takes another job.

Strong's situation came to a head after Texas lost 24-21 in overtime to a Kansas team that was 1-9 and had lost its past 19 Big 12 games. 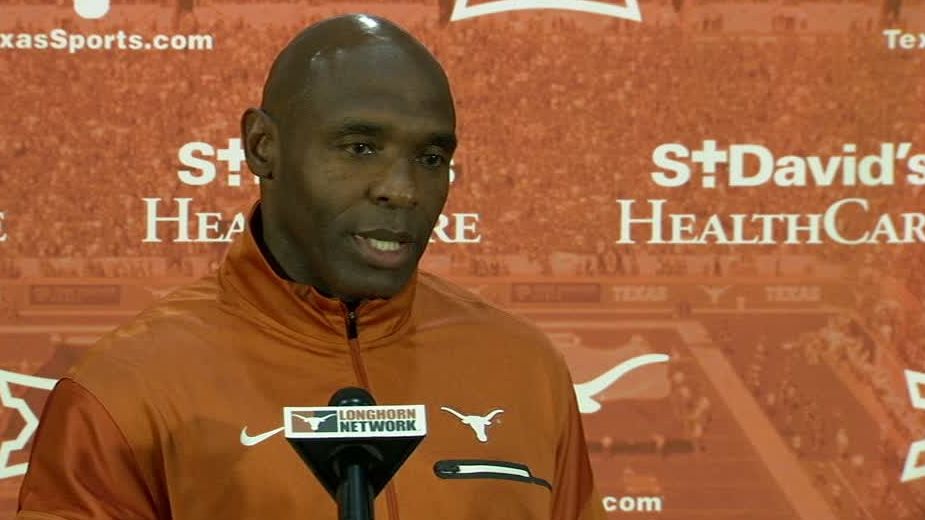 Strong focused on season finale vs. TCU
Charlie Strong says that he will be evaluated following the season finale against TCU and firmly states that the players will not boycott the game.