Texans rookie gets stuck with a more than $16,000 tab at Pappas restaurant 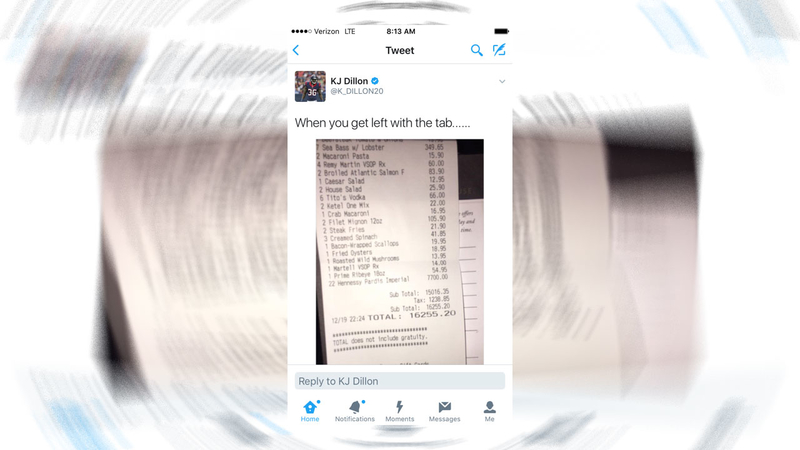 HOUSTON (KTRK) -- It's tough being a rookie in the National Football League.

Sometimes, the newbies have to succumb to silly haircuts. It's a common training camp ritual between the veteran players and rookies.

Other times, players will have to pick up an extremely expensive restaurant bill. Unfortunately, that was the case for Houston Texans rookie safety KJ Dillon.

Dillon shared a photo on Twitter of his receipt from his dinner last night at Pappas restaurant with the caption:

"When you get left with the tab."

"I don't even drink," Dillon tweeted.

One of his followers noticed a salad on the bill and asked Dillon who ordered it. Dillon responded, "Me lol."

"You could have gotten $4,000 orders of wings at #HalfPriceApps. #JustSaying." 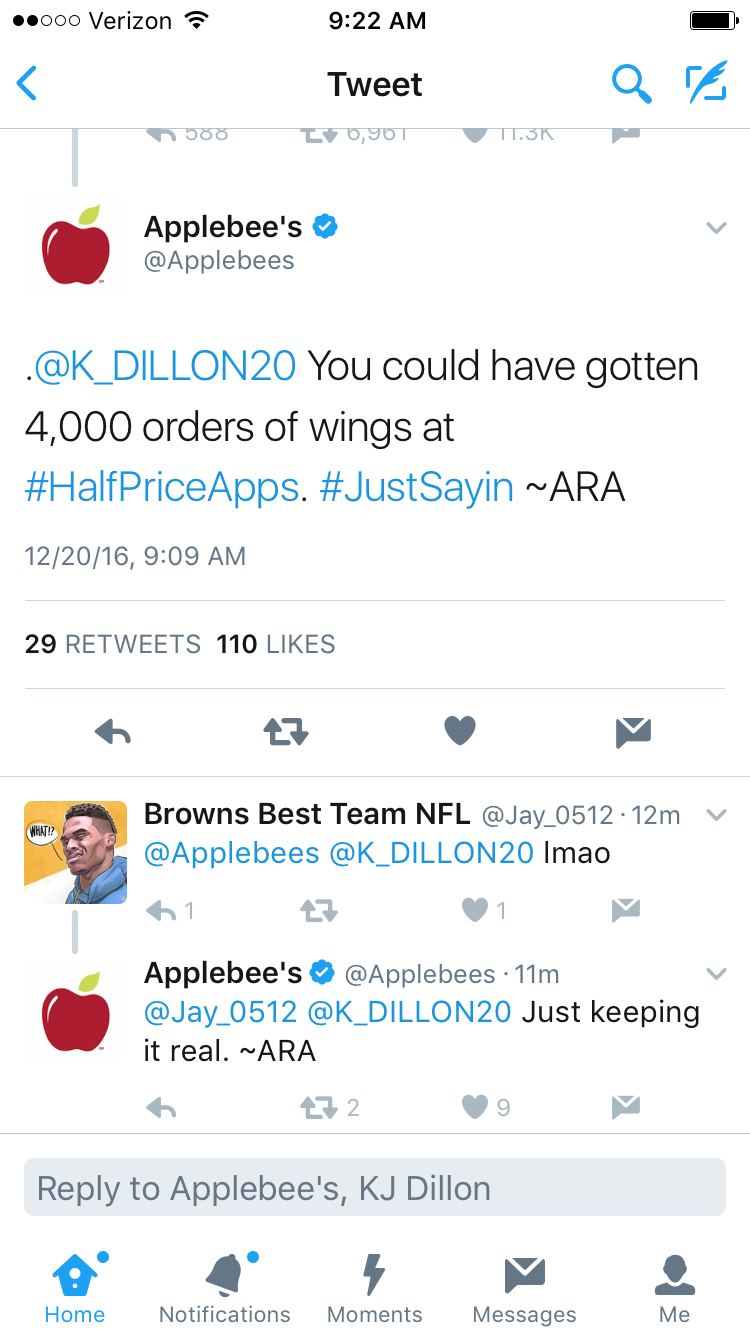 Dillon's photo of the tab had been shared thousands of times, but as of 10am, that tweet has been deleted along with his other tweets referencing the bill.

We can only assume that head coach Bill O'Brien got wind of it, and didn't really like him sharing it to his more than 10,000 Twitter followers.