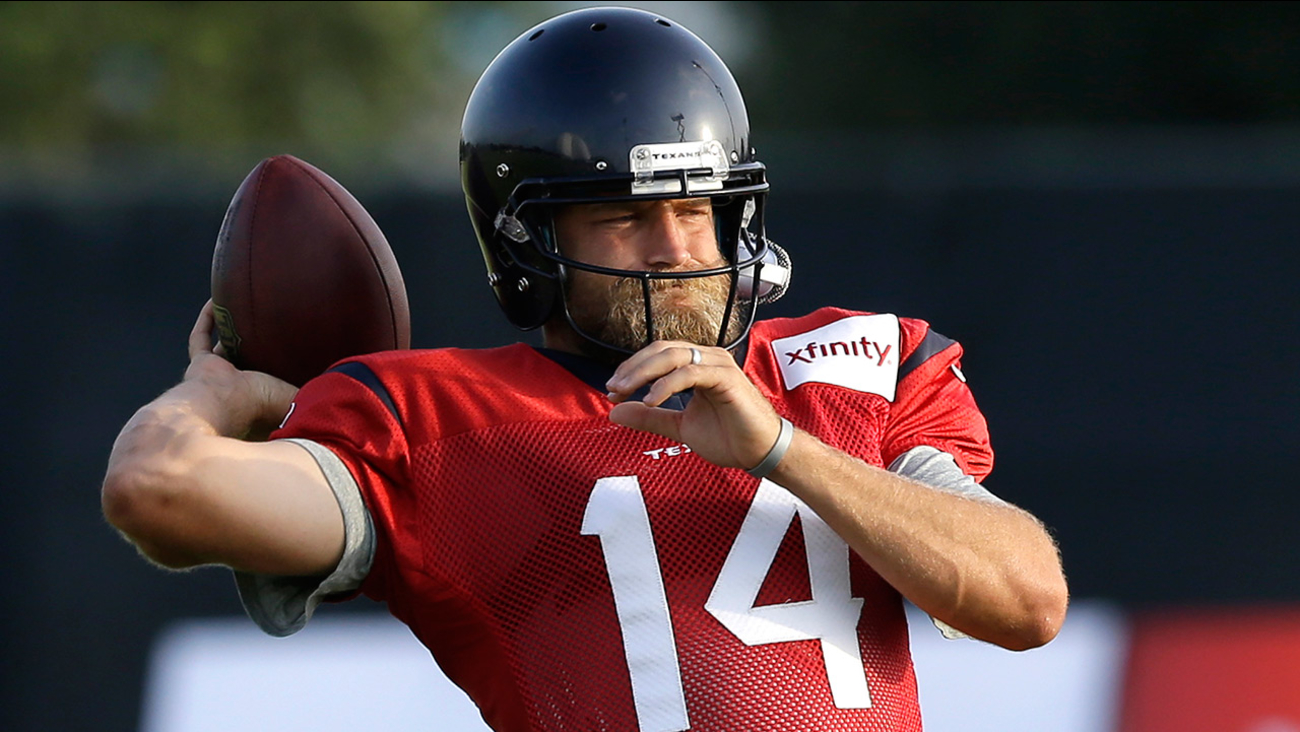 Houston Texans' Ryan Fitzpatrick will start as quarterback in the Texans preseason opener against the Arizona Cardinals. (AP Photo/Pat Sullivan)

KTRK
HOUSTON (KTRK) -- The Texans have released their unofficial depth chart for Saturday's preseason game against the Arizona Cardinals.

Getting the start at quarterback is Ryan Fitzpatrick.

"He'll start the game," head coach Bill O'Brien said. "Depending on how the game is going, you know, like if it is a game where there is some three and outs, I think it is more important about how many plays he gets than anything else."

Arian Foster, Andre Johnson and DeAndre Hopkins will all start for the offense.

For the defense, fans will get their first look at number one draft pick Jadeveon Clowney who will start as a hybrid linebacker and defensive end. J.J. Watt, Brooks Reed, Kareem Jackson, and Jonathan Joseph will also get some playing time. Brian Cushing will not play.

You can view the full unofficial depth chart here.

The Texans take on the Cardinals Saturday night at 7pm. You can watch it live on ABC-13, the Official TV Home of the Houston Texans.
Related topics:
sportshoustonnflhouston texansarizona cardinals
Copyright © 2020 KTRK-TV. All Rights Reserved.
More Videos
From CNN Newsource affiliates
TOP STORIES