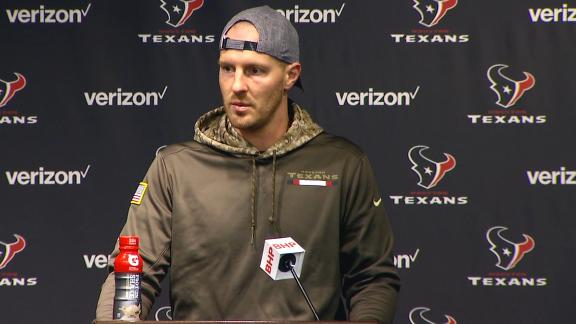 HOUSTON -- Taylor Heinicke became the fourth quarterback to play for the Texans this season after replacing T.J. Yates in Monday's game against the Pittsburgh Steelers near the end of the first half.

Yates left the game after he was sacked for the fourth time in the first half and was evaluated for a concussion. He later passed the concussion protocol and came back into the game. Yates was 2-of-7 for eight yards, with an interception and a fumble at the time of the injury.

Heinicke came into the game for one play and handed off the ball to running back Alfred Blue. Heinicke then started the second half and played one series before he was sacked and left the game. He was evaluated for a concussion and later ruled out for the rest of the game. Yates replaced Heinicke on the next series.

Heinicke was signed to the Texans' active roster after quarterback Tom Savage sustained a concussion in Week 14. Houston placed Savage on injured reserve on Saturday.

The team's first-round draft pick,Deshaun Watson, tore his left ACL during practice in November after a promising start to his rookie season.