Texans headed to playoffs after Steelers fall to Saints 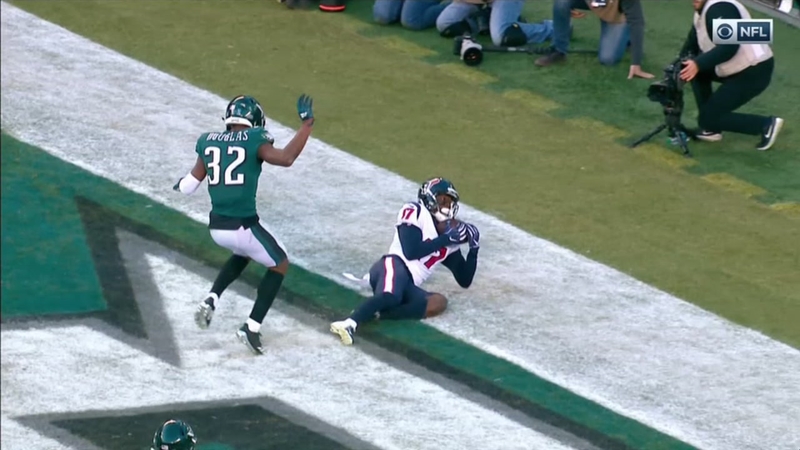 The Texans are in the playoffs after the Steelers lost to the New Orleans Saints on Sunday.

The defending Super Bowl champion Eagles (8-7) needs win at Washington (7-8) next week and for Minnesota (8-6-1) to lose or tie or Seattle (8-6) to lose twice or lose once and tie to get a wild-card berth.

The Texans (10-5) missed an opportunity to clinch the AFC South and also allowed New England (10-5) to take control of the No. 2 seed.

The Texans would secure the division title with a victory against Jacksonville next week. They'd get a first-round bye with a win and if the Patriots lose or tie.

Filling in for the injured Carson Wentz for the second straight week, Nick Foles again played like the Super Bowl MVP who led Philadelphia to a victory over New England.

Foles threw for a franchise-record 471 yards and four touchdowns.

As for the Saints vs. Steelers game, Drew Brees capped a 326-yard passing performance with 2-yard touchdown to Michael Thomas with 1:25 left, and the New Orleans Saints clinched the top seed in the NFC playoffs with a 31-28 victory over Pittsburgh that dealt a significant blow to the Steelers' playoff hopes.

Alvin Kamara gained 105 yards from scrimmage and ran for two touchdowns for New Orleans (13-2), which rallied for the lead after two defensive stops in the fourth quarter. New Orleans ended one Steelers drive when Kurt Coleman forced Stevan Ridley's fumble and ended another by narrowly thwarting a fake punt.

Ben Roethlisberger passed for 380 yards and three touchdowns for the Steelers (8-6-1), connecting 14 times with Antonio Brown for 185 yards and two touchdowns. Pittsburgh fell into second in the AFC North behind Baltimore and out of playoff position.