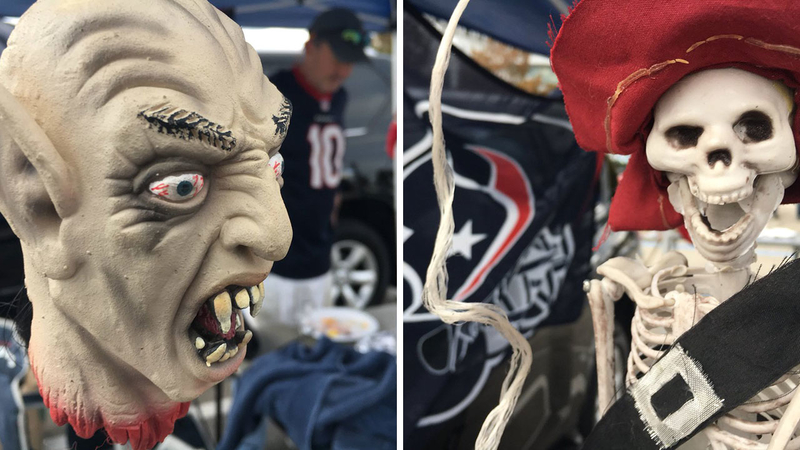 If you walk around NRG Stadium on game day, you never know what you're going to find.

Sure, there are the tents filled with excited fans, and plenty of good food.

But then, there's the unusual. Hanging in the blue lot is a tent that might make your skin crawl, with shrunken heads, scary clowns and downright spooky faces.

"Maybe it is a little bit of trying to jinx, but it's also just doing something to make us feel different than just a tent," Texans fan Bob Chick said.

A season ticket holder, Chick adds a new piece each year, a tradition he started after he caught beads from promotional cheerleaders.

"I would always go after those," Chick recalled.

Each piece has a meaning. Some he's bought, and others were given by friends.

"The pirate is from a daughter and some good friends, so that means a lot to us," Chick said.

Chick gets a kick out of the creepy mementos, pieces that, at first, took his wife, Marla, some convincing.

"It did at first, and then I realized it's just a way to express yourself, and a personality, and that's how he enjoys tailgating and it wouldn't be the same if we didn't have these friends around us," Marla said.

A group of friends that might not make much noise, but certainly bring joy to this couple every Texans home game.