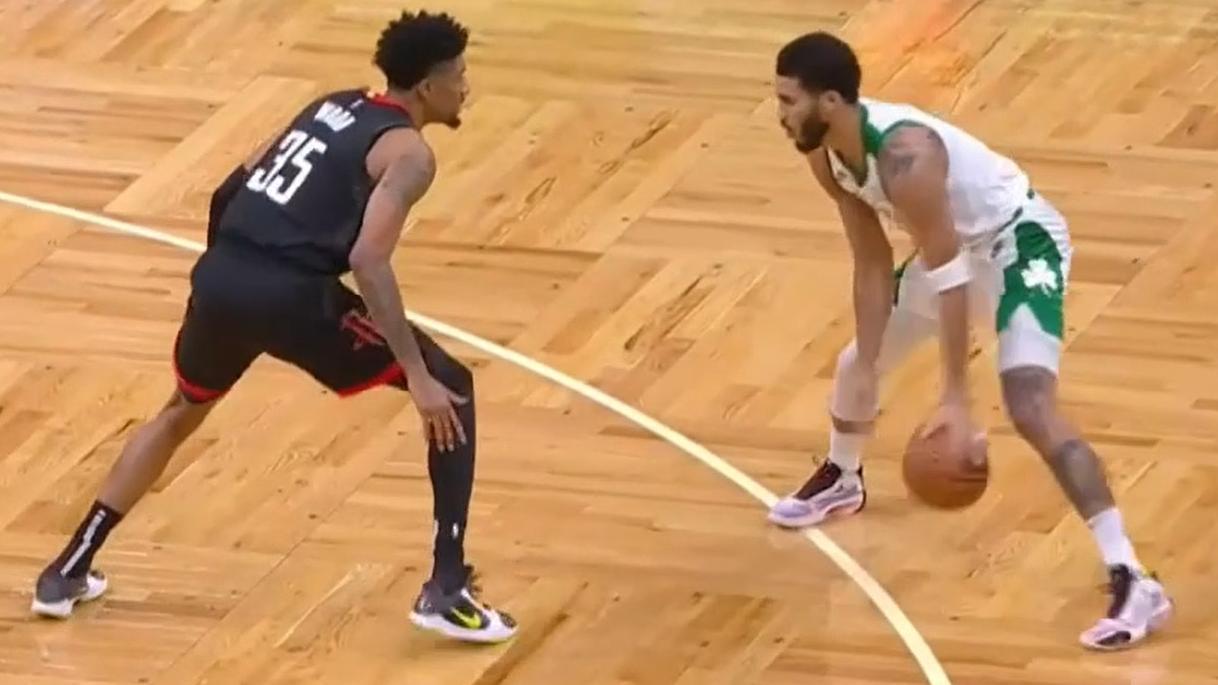 BOSTON -- - Jayson Tatum scored 30 points, Jaylen Brown had 19 in his return from missing eight games with an injury and the Boston Celtics coasted by Houston 108-90 on Monday night, sending the Rockets to their 15th straight loss.

Dennis Schroder added 18 points for Boston, which has won three straight and eight of 11. Al Horford had 11 points and 11 rebounds. It was Tatum's fourth straight game with 30 or more points.


Armoni Brooks had 17 points for Houston (1-16). No starter reached double-digit scoring. The Rockets' only win came at home against Oklahoma City in their second game.

Starting center Robert Williams III also returned for Boston after being out the last three games with a sore left knee. He had 15 rebounds and two points.

The Celtics (10-8) broke it open with a 17-0 run midway into the third quarter, holding the Rockets without a point for 6 minutes.

Brown, sidelined with a right hamstring injury, brought the fans to their feet by scoring 10 points straight points.

He had a scoop shot in the lane after two free throws and capped his burst with consecutive 3s 24 seconds apart, the first in transition from the top and the second on the left wing, to make it 72-50 with 6:43 left in the third.

Tatum had 22 points in the opening half.

Rockets: Kevin Porter Jr. was sidelined for his third straight game with a bruised left thigh.

Celtics: Brown was on a minutes restriction, with coach Ime Udoka saying he'd play about half the game. Brown's first basket in 2 weeks came on a jumper midway into the first quarter after he missed his first three shots. He played 23 minutes. ... G Josh Richardson missed the game with a non-COVID illness.

It was billed as "80s Night" at TD Garden with music from that era played during timeouts along with video highlights from the old Boston Garden.

The Celtics welcomed back former player and coach M.L. Carr and former guard Gerald Henderson, whose steal in Game 2 of the 1984 NBA Finals helped Boston beat the Lakers en route to the championship.

Also, the Celtics beat the Rockets for the 1981 and '86 NBA titles, and fittingly, like the 80s, the teams had some chippie play in the first half.

The 29-year-old Theis was traded to Chicago last March in his fourth season with the Celtics. The Rockets got him in a sign-and-trade deal from the Bulls during the summer.

Celtics: Host Brooklyn on Wednesday to complete a four-game homestand.