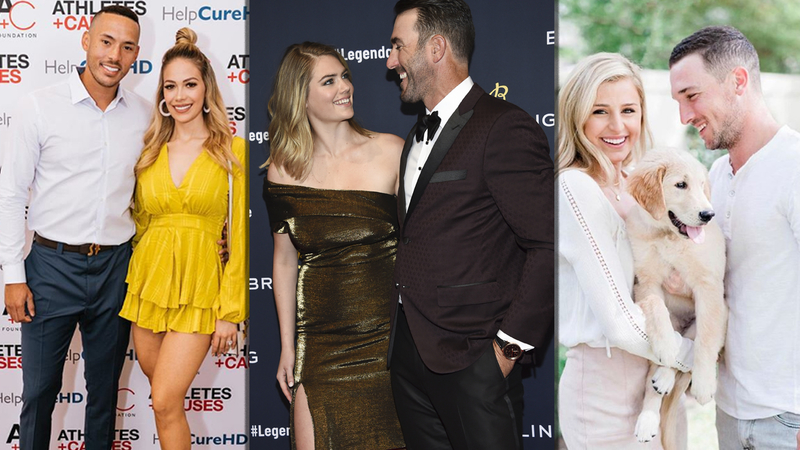 HOUSTON, Texas (KTRK) -- Our Houston Astros are hoping to bring home another World Series trophy, but who are they going home to each night? Meet the wives, fiancees and girlfriends of the Astros.

Many of the Astros are daddies -- married family men with children.

Justin Verlander and his supermodel wife Kate Upton welcomed their daughter Genevieve in November 2018. Upton has been featured as a Sports Illustrated swimsuit model and has acting experience as well. You may have seen her alongside Cameron Diaz and Leslie Mann in "The Other Woman."

Giannina Altuve, known as Nina, is wife to slugger Jose Altuve. Together they have a daughter named Melanie, who is sometimes spotted with her mom checking out the games.

RELATED: One of Josh Reddick's sons still in hospital

Lance and Kara McCullers are awaiting the birth of their first child. They're already well-practiced in caring for their lovable pooches -- Minka, Riggins and Finn. Together they run the non-profit Lance McCullers, Jr. Foundation for animal adoption.

If you pay attention to pageants, you may recognize Carlos Correa's fiancee. Daniella Rodriguez was Miss Texas back in 2016.

Her name may also ring a bell for another reason. Correa proposed to Rodriguez right after the Astros won the World Series in 2017.

The couple has shared wedding plans with ABC13 saying that they plan to tie the knot sometime this December.

But they aren't the only ones getting hitched.

Are you a fan of college softball? If you are, you may recognize George Springer's wife. Charlise Springer (then Castro) was a star softball player at the University of Albany and for Puerto Rico's national team.

But what about Alex Bregman and Jake Marisnick, two more heartthrobs on the team? Well, find a way to mend your broken heart because they're both off the market.

Watch the video above to see more of your favorite Astros and the strong women supporting them.