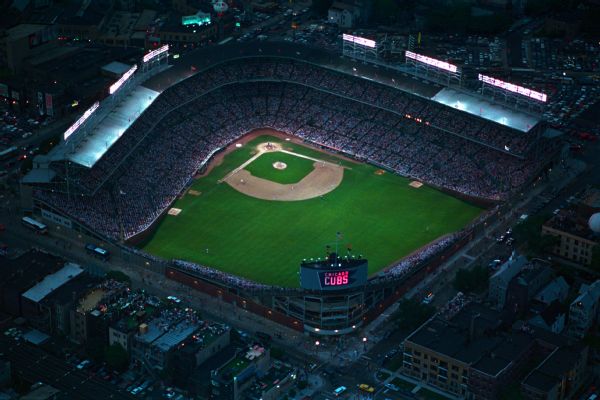 Six hours before the first pitch of Game 3 of the World Series on Friday, StubHub stopped its sale of tickets to the game at Wrigley Field.

The move caused those both selling and looking to buy to scramble to other sites such as GameTime and Vivid Seats.

Chicago Cubs officials said the team had implemented the six-hour sales cutoff for all home games dating to 2013 through their MLB agreement with StubHub. StubHub spokesman Glenn Lehrman told ESPN about 30 minutes before the first pitch of Game 3 that StubHub, the Cubs and MLB Advanced Media struck a deal that will enable StubHub to list tickets for sale up until game time for Games 4 and 5.

The Cubs are one of a few teams whose contract with the reseller calls for all tickets to be pulled hours before games. When the policy was implemented in 2013, the Cubs had spare tickets to sell. Pulling tickets off the leading online reseller made it more likely that fans would purchase them at the box office.

Tickets to Games 1 and 2 of the World Series in Cleveland were available on StubHub until the first pitch.

In the two hours after tickets were pulled from StubHub on Friday and pushed to the other sites, the get-in price to watch the Cleveland Indians play the Cubs decreased from $1,690 to $1,290, a drop of nearly 24 percent.

When the site stopped listing tickets, at 1:08 p.m. CT, there were about 900 seats remaining on its marketplace.

The average price of a ticket sold on StubHub for Game 3, the first World Series game at Wrigley Field since 1945, hovered around $2,800, a record resale price for a baseball game.