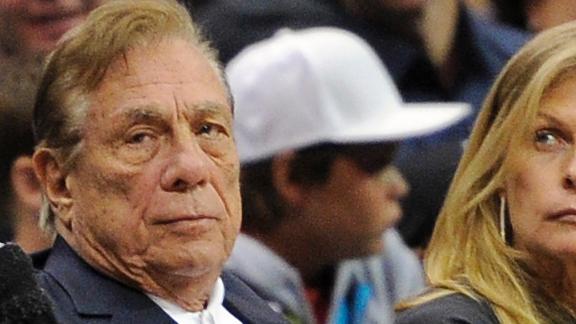 LOS ANGELES -- The fate of the Los Angeles Clippers ownership was delayed in court Thursday and likely won't be decided until the end of the month.

Shelly Sterling's lawyers had requested an expedited hearing so the record $2 billion sale of the team to former Microsoft CEO Steve Ballmer could be approved by the NBA Board of Governors by July 15 and closed by Sept. 15, as outlined in the purchase agreement.

The delay, with Superior Court Judge Michael Levanas putting off the next hearing until July 21 with closing arguments set for July 28, resulted because two of Donald Sterling's lawyers had plans for a vacation and a wedding anniversary.

Thursday's delay, however, likely won't affect the sale of the Clippers if the judge decides Shelly Sterling was within her right to sell the team to Ballmer. There's a provision in the purchase agreement to extend the deadline another month as long as progress is being made, and Ballmer attorney Adam Streisand said he and his client were confident in the eventual result.

If the sale isn't completed by Sept. 15, the league has said it could seize the team and put it up for auction.

With Donald Sterling absent from the courtroom one day after calling his wife a "pig" following her testimony Wednesday, a calm Shelly Sterling said in testimony Thursday that her husband asked her to sell the Clippers when it became apparent the NBA was going to take control of the team and put it up for auction after a June 3 meeting at which other league owners were scheduled to vote on its future.

She said she flew to New York to meet with NBA commissioner Adam Silver to see whether they could negotiate an arrangement that would allow her to keep 50 percent interest in the team or perhaps a smaller percentage, while selling a controlling interest. The commissioner wasn't interested.

"If you can deliver 100 percent of the team, we can negotiate," Silver told Shelly Sterling, according to her testimony.

Despite not being able to keep a percentage of the team, Shelly Sterling said Donald Sterling was still fine with the sale as long as it took place before June 3.

"His biggest concern was to stop the sale of the team by the league," Shelly Sterling said. "He knew they were going to vote us out."

During the bidding process, Shelly Sterling said, her husband was "really nice. He was on the same page I was." She knew the fast-tracked process had to be done before the other owners convened to vote Donald Sterling out, seize the team and put it up for auction.

"My understanding was I was to have a bidding, to negotiate, the interview and to make a sale before [June 3] so [the NBA] would cancel the meeting," Shelly Sterling said.

Donald Sterling was involved in the bidding process, Shelly Sterling testified. He would ask who she interviewed and what they offered. She said she interviewed about three to five bidders at the Sterlings' Malibu home, and she spent about 12 hours interviewing the bidders.

When the bids came in, Ballmer's $1.9 billion bid was the highest submitted, topping those from groups led by music mogul David Geffen ($1.62 billion) and L.A. investors Tony Ressler and Bruce Karsh ($1.2 billion). Ballmer's bid later increased to $2 billion, although Shelly Sterling joked on the witness stand that she liked Ballmer so much that she would have sold the team to him for less.

Donald Sterling was "happy and proud," Shelly Sterling said, that his $12.5 million investment in 1981 when he bought the Clippers sold for $2 billion, the most ever for a sports franchise not including real estate and almost four times the amount of the largest previous NBA team sale.

That changed the next day when it was time for Donald Sterling to sign the papers to finalize the deal.

"He started screaming and cursing at me," Shelly Sterling said. "He was uncontrollable. ... He said he's not going to sell the team. He's going to sue the league."

That is when she invoked a provision in the Sterling Family Trust, which owns the Clippers, and removed Donald Sterling as a trustee after two neurologists determined he was mentally incapacitated and no longer able to conduct his own legal and business affairs. Shelly Sterling then sold the Clippers to Ballmer on May 29.

Shelly Sterling said she was concerned for the future of the team if her husband didn't sell or continued to pursue litigation with the hope of remaining the owner after the league banned him for life and fined him $2.5 million when a recorded racist rant of his was made public."My fear was players wouldn't play," she said. "They would sit down and have a strike. Sponsors wouldn't sponsor. It would decimate the team. There would be no team left."

She also said the Sterling Family Trust has more than $500 million in bank loans and that banks now want to revoke those loans without a trust in place. With no other way to pay off those loans, the Sterlings would have to sell off property.

Shelly Sterling said she had been noticing her husband's condition worsening over the years but didn't think to have him checked for dementia until Barbara Walters mentioned to her that she thought Donald Sterling might be suffering from the disease after talking to him when the two were scheduled to have a sit-down interview. Donald Sterling later did a controversial sit-down interview with CNN's Anderson Cooper that drove his wife to tears and eventually led to the scans and mental exams.

During cross-examination, Shelly Sterling said she spoke with Silver about her husband's ban and fine. Donald Sterling wanted something for agreeing to sell the team, and Silver seemed open to suggestions, she said. He proposed a one-year ban and a two-year probation but said that since the fine would go to charity, he didn't want to rescind that. Silver asked for Donald Sterling's requests in writing. But he refused and instead threatened to sue, Shelly Sterling said.

After her testimony, her attorney Pierce O'Donnell was confident the judge would eventually rule on her behalf and that the Clippers' sale to Ballmer would go through.

"Shelly is trying to get the sale done," he said. "She's doing the right thing. The offer for $2 billion for this team may never come again. The fact of the matter is that she was trying to see if she could work accommodations. But there are no accommodations with Donald Sterling behaving the way he is."