Stephen Curry: Warriors will fall from unbeaten ranks before Panthers 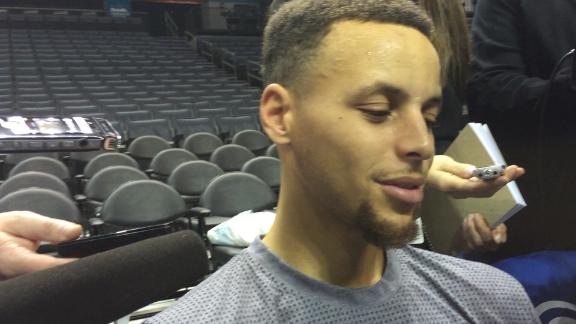 CHARLOTTE, N.C. -- Reigning NBA MVP Stephen Curry predicts the Golden State Warriors will lose a game before the Carolina Panthers, the only unbeaten team in the NFL.

He just hopes neither will happen until February.

"So that means the Panthers get their Super Bowl win," Curry said following a shootaround prior to the Warriors' 116-99 victory over the Charlotte Hornetson Wednesday night.

Curry, a son of former Hornets guard Dell Curry, grew up in Charlotte. He has been a fan of the Panthers (11-0) since the organization began in 1995.

He's constantly posting pictures on social media of involvement with the NFL team. He attended Carolina's playoff game at Seattle last season and is friends with quarterback Cam Newton, whom he expects to see at Wednesday night's game.

"It's great to see them doing what they're doing, 11-0 and looking forward to a big playoff run and Super Bowl appearance," said Curry, whose Warriors improved to 20-0 on Wednesday night. "Just to be able to root for them back out in California, it's a lot of fun."

That the Super Bowl is in Santa Clara, California, not far from where Golden State plays home games, adds to Curry's excitement over Carolina's start.

"We have a day off there, too," Curry said of the Super Bowl date. "No pressure."

While much of the country has been surprised by Carolina's success, Curry isn't.

"Obviously, being 11-0 is amazing," Curry said. "But they've shown signs over the last two or three years that they're elevating to that next level, so it's just great to see everything click, the way Coach Rivera is handling that team and the decisions they've got to make on both sides of the ball.

"They're playing at a very high level. It's just kind of fun to see the world and everybody outside the Charlotte area be surprised by what they're doing."

The Panthers would be 19-0 if they remained unbeaten through the Super Bowl. The Warriors would have to be 48-0 to enter February unbeaten, easily surpassing the 1971-72 Lakers' 33-game winning streak.

"Who knows?" Curry said. "Nobody thought we could start 19-0. Why not keep it going? There's a lot of great talent in this league. We're obviously probably not going to go 82-0, but you want to approach each game that way and see what happens." 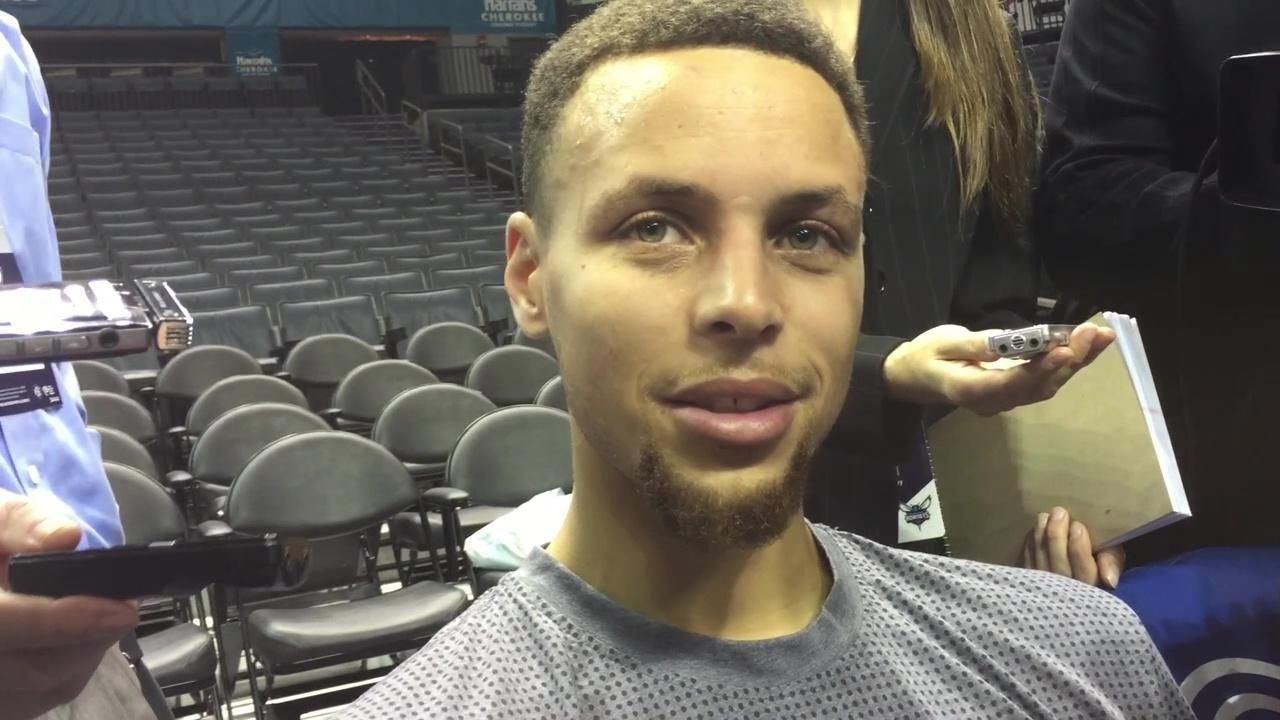