Springer leaves with stiff back, is day-to-day 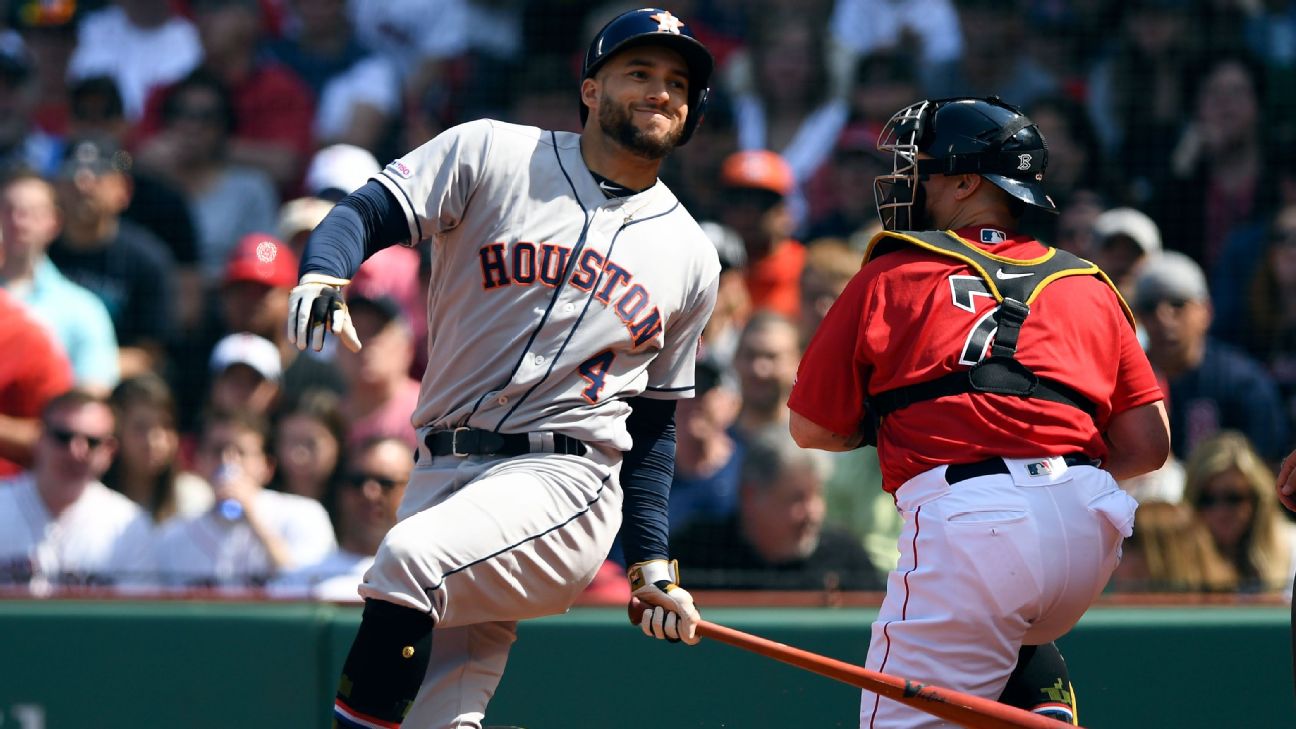 ESPN
Houston Astros star outfielder George Springer left Sunday's game against the Boston Red Sox in the fifth inning with stiffness in his lower back.

Springer was replaced in right field by Tony Kemp at the start of the bottom of the fifth inning. The Astros lost to the Red Sox 4-3 at Fenway Park.

Astros manager A.J. Hinch said Springer is day-to-day but definitely will not play on Monday when the Astros open a series against the White Sox at home.

"He never really got loose today and it got progressively worse, and his swings got a little more timid as the day went on. I probably should've taken him out a little earlier too. We'll get it evaluated when we get home. He'll see our guys, but he won't play tomorrow," he said.

Springer appeared to grimace and grab at his back after swings on multiple occasions. He struck out three times against Red Sox starterChris Sale.

"It's one of those things where I felt it more and more and it was dumb to try to play through it," Springer said. "We'll see what happens tomorrow and hopefully will be all right."

He said there wasn't a specific swing that caused his back to flare up.

"It's one of those things where I could feel it, I knew it was there and I don't risk doing anything more to it. Just want to be smart, and we'll see what happens tomorrow and it'll go from there," he said.

Springer leads the American League with 17 home runs and 42 RBIs and began the day hitting .318.