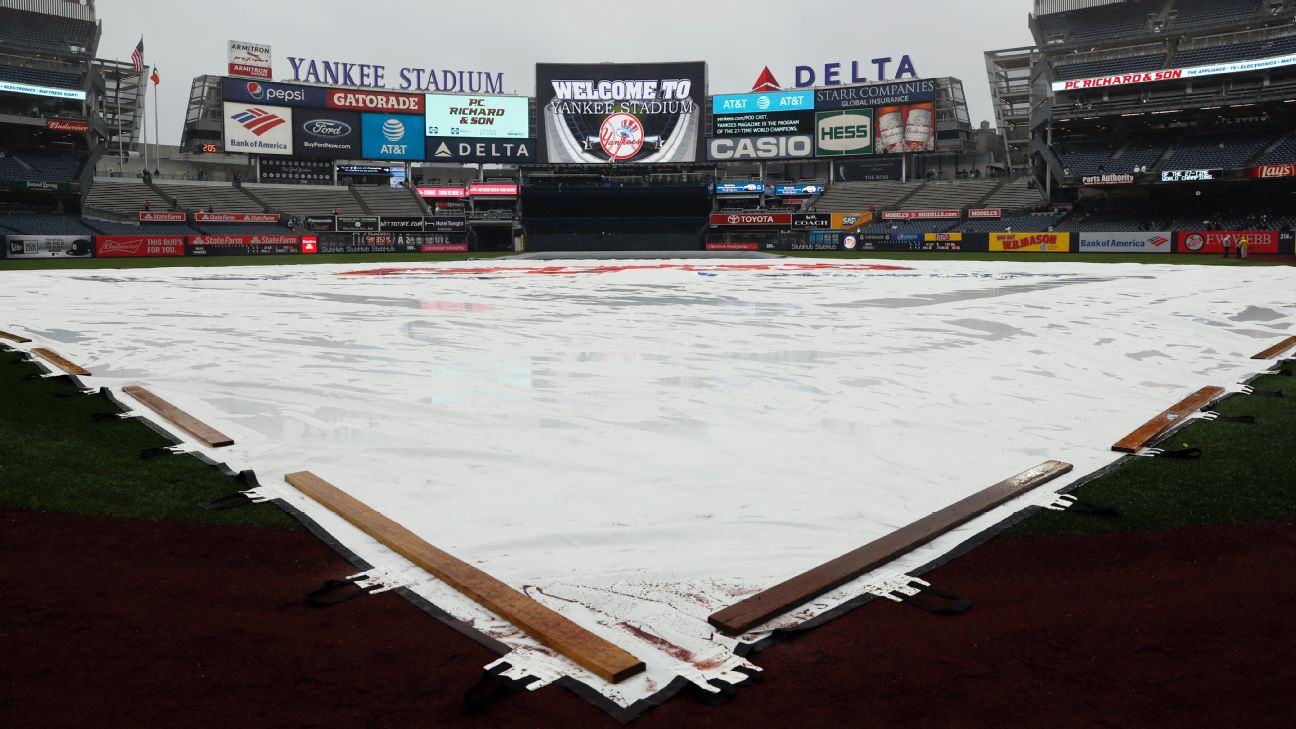 The schedule for both the American League and National League Championship Series could be altered because of the forecast of heavy rain in New York on Wednesday, sources told ESPN.

With the possibility that Wednesday's ALCS Game 4 between the Houston Astros and New York Yankees is a rainout, Major League Baseball is considering moving a potential NLCS Game 5 between the Washington Nationals and St. Louis Cardinals to that night, sources said. The NLCS game is currently scheduled to start at 4:08 p.m. ET, but on days there is only one game, MLB prefers to have the game in prime time.

If the rainout occurs, the Yankees and Astros -- who play Game 3 on Tuesday in New York with the series tied at 1-1 -- would be rescheduled to play Games 4 and 5 on Thursday and Friday in New York, before returning to Houston for a potential Game 6 on Saturday.

Sources said MLB would likely announce any change in an NLCS Game 5 prior to Wednesday, giving the teams and fans time to adjust. The Nationals lead the series 3-0 after beating the Cardinals 8-1 on Monday night, so that series could be over as soon as Tuesday night. 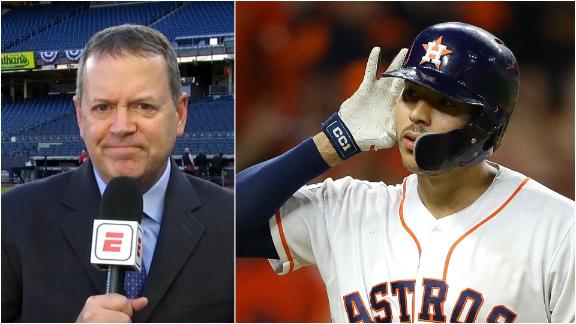 Olney: Astros may benefit from Game 4 being postponed
Buster Olney analyzes the possibility of Game 4 being postponed due to rain and the Astros having an advantage because of the Yankees' reliance on their bullpen.
Report a correction or typo
Related topics:
sportsespnmlbst louis cardinalsnew york yankeeshouston astroswashington nationals
Copyright © 2020 ESPN Internet Ventures. All rights reserved.
More Videos
From CNN Newsource affiliates
TOP STORIES