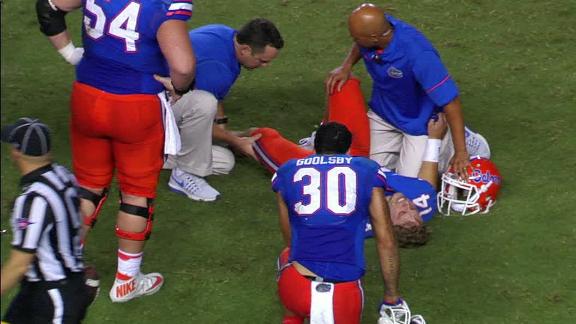 Florida will be without starting quarterback Luke Del Rio for Saturday's game at No. 14 Tennessee. Del Rio suffered a sprained left knee against North Texas, but the injury isn't believed to be season-ending, sources told ESPN.com.

SEC Country reported earlier Sunday that Del Rio's injury would keep him out for two to three weeks. After trips to Tennessee this weekend and Vanderbilt on Oct. 1, Florida returns home to face LSU on Oct. 8.

Following the 32-0 win over North Texas on Saturday, Florida coach Jim McElwain said it "doesn't look great" when asked about Del Rio's future. Del Riotook a low hit in the game while attempting a pass, and McElwain was clearly upset.

"Somebody else will play. We'll get some guys ready and will move forward," McElwain said.

Fifth-year senior Austin Appleby will start in place of Del Rio against the Vols. Appleby played at Purdue before transferring to Florida as a post-graduate transfer. 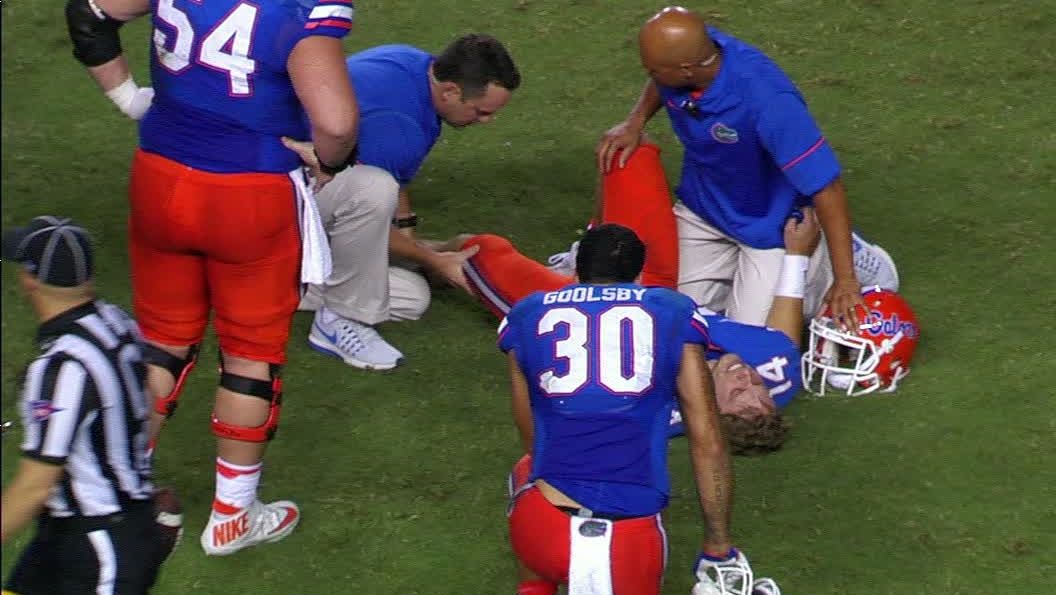