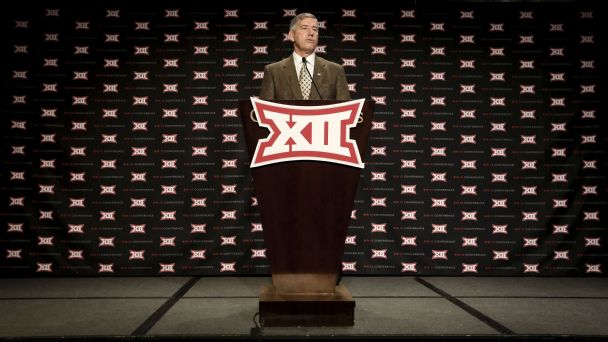 The Big 12 announced Friday that its championship game, which returns next season, will match the top two football teams in the conference standings.

The conference considered going to divisions out of its round-robin format but opted against it in the end -- despite a 7-3 vote among football coaches Wednesday in favor of splitting into divisions, sources told ESPN's Brett McMurphy.

"There are a number of advantages to matching our top two teams," Big 12 commissioner Bob Bowlsby said in a statement. "Given our round-robin, nine-game scheduling model, it is expected the Big 12 champion will be uniquely positioned for College Football Playoff consideration.

"I would argue there will be no path more difficult than our champion's, where it will have played every team in the conference, faced at least one [Power 5] nonconference opponent, and then plays in our championship game. The guaranteed No. 1 vs. No. 2 matchup will be a great game for our fans, and it's hard to imagine a stronger position for a conference champion."

Bowlsby said the Big 12 would continue to use the same tiebreakers to determine the title game participants, with head-to-head matchups being the lone deciding factor when two teams finish with the same record. In the event three or more teams are tied, the Big 12 would compare conference records, then conference records against the next-highest-placed team(s), then scoring differential and then a draw -- in that order.

After failing to put a team in the first playoff, the Big 12, in order to give the conference a larger presence on the final weekend of the season, voted to re-implement the championship game. The conference also was told by the CFP selection committee that it was at a disadvantage, compared to the other Power 5 conferences because it was the only one that didn't give its champion the opportunity to win a 13th game.

Data consultants hired by the league also argued that the Big 12's previous format had diminished its chances of putting a team in the playoff.

Bowlsby has said a championship game could net the league at least an additional $27 million in revenue a year.

The Big 12 is expected to announce where it will hold its championship game next month, and sources told McMurphy that Arlington, Texas, is the "prohibitive favorite" to host the 2017 game. Kansas City, Missouri, and San Antonio also are in the running. 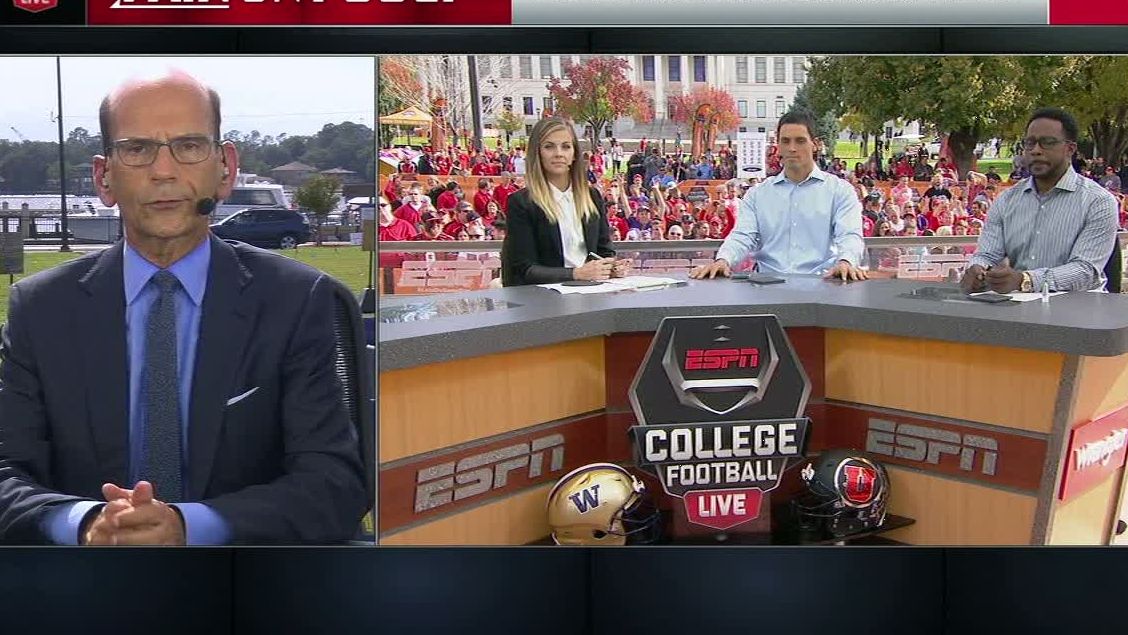 Finebaum blasts Big 12's decision to not split into divisions
Paul Finebaum explains why he is strongly not in favor the Big 12 not splitting into divisions but rather match the top two teams in the conference standings.
Related topics:
sportsespnchampionshipbob bowlsbybig 12arlingtonat t stadium
Copyright © 2021 ESPN Internet Ventures. All rights reserved.
TOP STORIES
'She left me to die' Motorcyclist wants to find hit-and-run driver
Father and 2 children critically injured in crash on Hardy Toll Road
Man shot as driver followed common-law wife, then crashed, HPD says
Unseasonably warm weekend, next front arrives Monday
Money in Lakewood Church wall may be tied to 2014 theft, HPD says
Parents of alleged MI school shooter arrested, authorities say
How unusual to charge parents in school shooting? EXPLAINED
Show More
Man drives to gas station after being shot in head on northwest side
Homeowners burn down house in attempt to get rid of snakes
Contact tracing revs up as omicron cases detected in several US states
UH could turn national title picture upside-down if it beats Cincy
Battleship Texas open to the public 1 last time this weekend
More TOP STORIES News