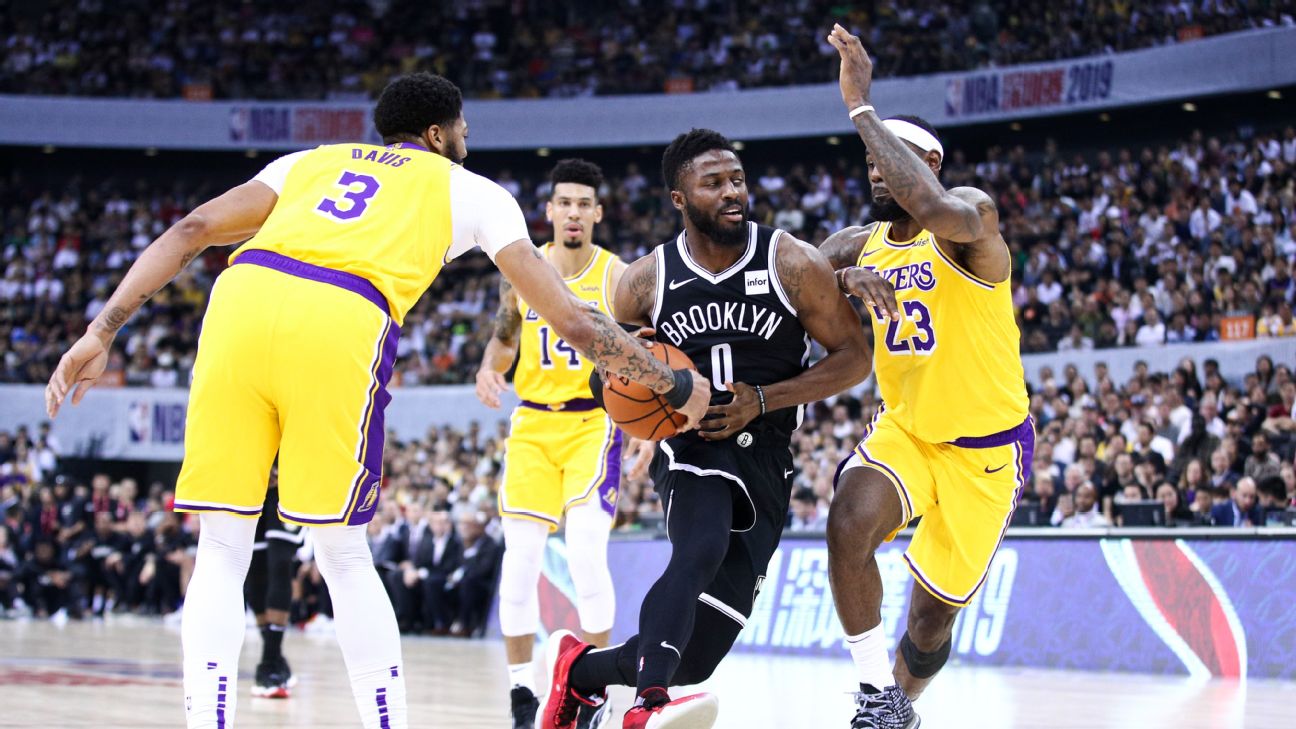 During the meeting, sources said, several prominent players voiced frustration about their perception that they were being put in the middle of the dispute between the NBA and China, and they said they were unhappy about being asked to address the situation by local Chinese reporters before Silver himself was scheduled to do so.

The relationship between the league and China was disrupted after Houston Rockets general manager Daryl Morey tweeted in support of anti-government protesters in Hong Kong on Oct. 4. Morey later deleted his tweet, an image that read, "Fight For Freedom. Stand With Hong Kong," and clarified the intent in two subsequent tweets. Rockets owner Tilman Fertitta denounced the tweetand said the Rockets were "not a political organization" and that Morey did not speak for the team.

During the meeting with the players, sources said, Silver was directly asked whether anything would happen to Morey, as several players said they believed that if a player had cost the NBA millions of dollars because of a tweet, there would be repercussions.

Morey will not face any league discipline for the tweet.

The teams were in China to play two preseason games in front of the country's avid basketball fans. Officials in both countries have said as many as 500 million Chinese watched at least one NBA game last season.

Chinese officials eventually severed a cooperative agreement with the Rockets, and China's state television broadcaster canceled plans to air the games. Several NBA Cares activities with the players also were canceled, as was press availability with the teams and some Chinese sponsorships.

Silver said the NBA was "apologetic" over the reaction to Morey's tweets and the actions that occurred afterward, but he refused to apologize, saying, "We are not apologizing for Daryl exercising his freedom of expression."