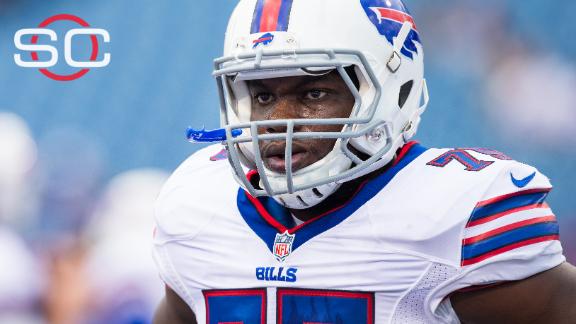 ORCHARD PARK, N.Y. -- The NFL will suspend Buffalo Bills linebacker IK Enemkpali for the first four games of the season for punching and breaking the jaw of New York Jets quarterback Geno Smith, a person familiar with the decision has told The Associated Press.

The person spoke on the condition of anonymity Thursday because the NFL isn't expected to announce the suspension until Friday.

Enemkpali will be suspended without pay for violating the league's personal conduct policy following the altercation that took place in the Jets locker room on Aug. 11.

A second-year player, Enemkpali was immediately released and claimed by the Bills a day later. He appeared in three Bills preseason games before being cut on Sept. 4. Buffalo then signed him to its practice squad on Monday.

Smith is expected to miss at least the first four games of the season recovering from the injury. He has no plans to file charges against Enemkpali.