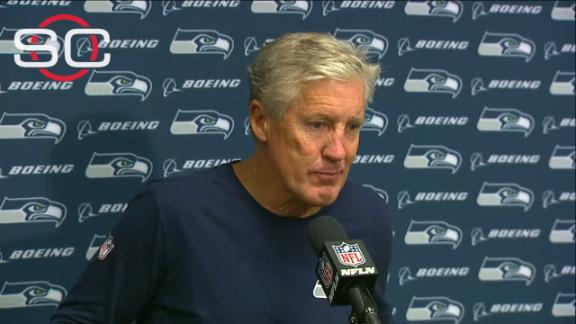 But Wilson had another suggestion for determining a winner -- one last field goal attempt.

"I just think that if you play that long, you're putting your lives on the line. You should find a way to win. I don't like ending in a tie."

Seahawks kicker Stephen Hauschka was 2-for-3 on field goal attempts, missing a potential 28-yard game winner with less than a minute to go in overtime. Hauschka's miss came after Chandler Catanzaro missed a 24-yard field goal attempt in overtime that also could have ended the game.

The Seahawks managed just two field goals on 13 offensive possessions against the Cardinals.

The defensive players were drained after the game, but Wilson said he could have kept going.

"I can play all night," he said. "I was ready to go back out there again."