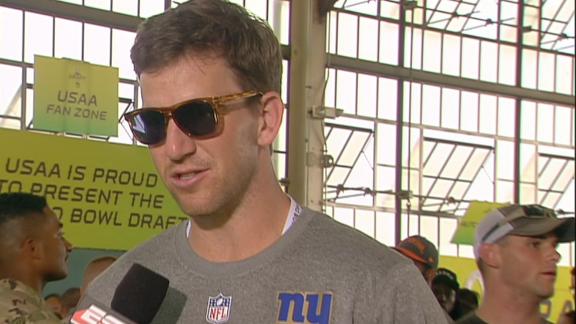 WAHIAWA, Hawaii -- Eli Manning was the second overall pick Wednesday in the 2016 Pro Bowl draft, and he's got his No. 1 guy on his side in wide receiver Odell Beckham Jr.

The New York Giants duo will represent Team Rice in the NFL's all-star game Sunday at Aloha Stadium in Honolulu. The game will be televised at 7 p.m. ET on ESPN.

"Hopefully, we can be on the same page and hook up and get a couple touchdowns," Manning said.

Seattle Seahawks quarterback Russell Wilson was selected with the first overall pick in the draft. He was chosen by Michael Irvin, who is serving as a Pro Bowl legend captain opposite fellow Hall of Famer Jerry Rice.

Manning and Beckham hooked up for 13 touchdowns this season and hope to do it again Sunday. Manning was asked whether they have any special plays in the works.

"We'll have to talk about it," Manning said. "We've got a few plays that we've run over the years that we might have to throw into the offense, and hopefully, we can get together on a couple big plays."

This is the third consecutive year the Pro Bowl will be played in an "unconferenced" format, with conference affiliations not considered in Pro Bowl selections.

A record 33 original Pro Bowl selections won't appear in the game. Fourteen of them are in the Super Bowl, and the remainder have opted out because of injuries and/or personal reasons. None of the New England Patriots' seven selections will play because of injuries, the most selections without an actual appearance for a non-Super Bowl team since the 2009 season, according to the Elias Sports Bureau.

The number of players either voted to the Pro Bowl or added as an alternate is 133. That's the highest number in NFL history, according to Elias research, and well beyond the previous high of 119 set after the 2009 season. A total of 86 players were originally voted to the game.

Two of the stars honoring their commitments to play are Raiders teammates Mack and safety Charles Woodson.

"I feel it's important to be here just because of the love of the game, especially with this being my first time being able to be here and I wanted to take advantage of it," said Mack, who had 15 sacks and 77 tackles this season.

Woodson, 39, will be playing in his final game. He is retiring after 18 seasons in the league and nine Pro Bowl selections.

"It was about being my last time, but it was about my family and us being able to take this trip together," Woodson said. "This will be my last time ever suiting up in an NFL uniform to actually go out there and run around as a player, so this is it. After this game, there's no more. My NFL career is over. So we wanted to come out, enjoy Hawaii and then hopefully ride off into the sunset."

Rice was the winning alumni captain in 2013, the first year the Pro Bowl used the current format. Irvin was the captain of the winning team in last year's game.

The draft was held in an airplane hangar at Wheeler Army Airfield, located in the town of Wahiawa in the central plain of Oahu, the most populated of the Hawaiian Islands.

Only ticketed military members were allowed to attend.

Information from The Associated Press and ESPN's Kevin Seifert was used in this report. 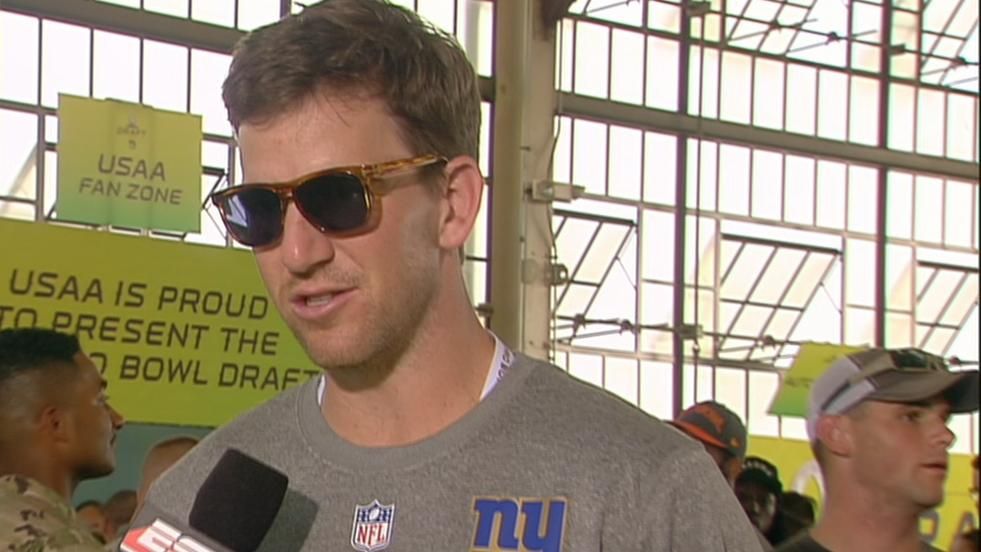 Eli on Beckham: 'A quarterback's dream'
Eli Manning speaks with Lisa Salters about being drafted on the same team for the Pro Bowl as Odell Beckham Jr. and breaks down what it's like being teammates with Beckham. 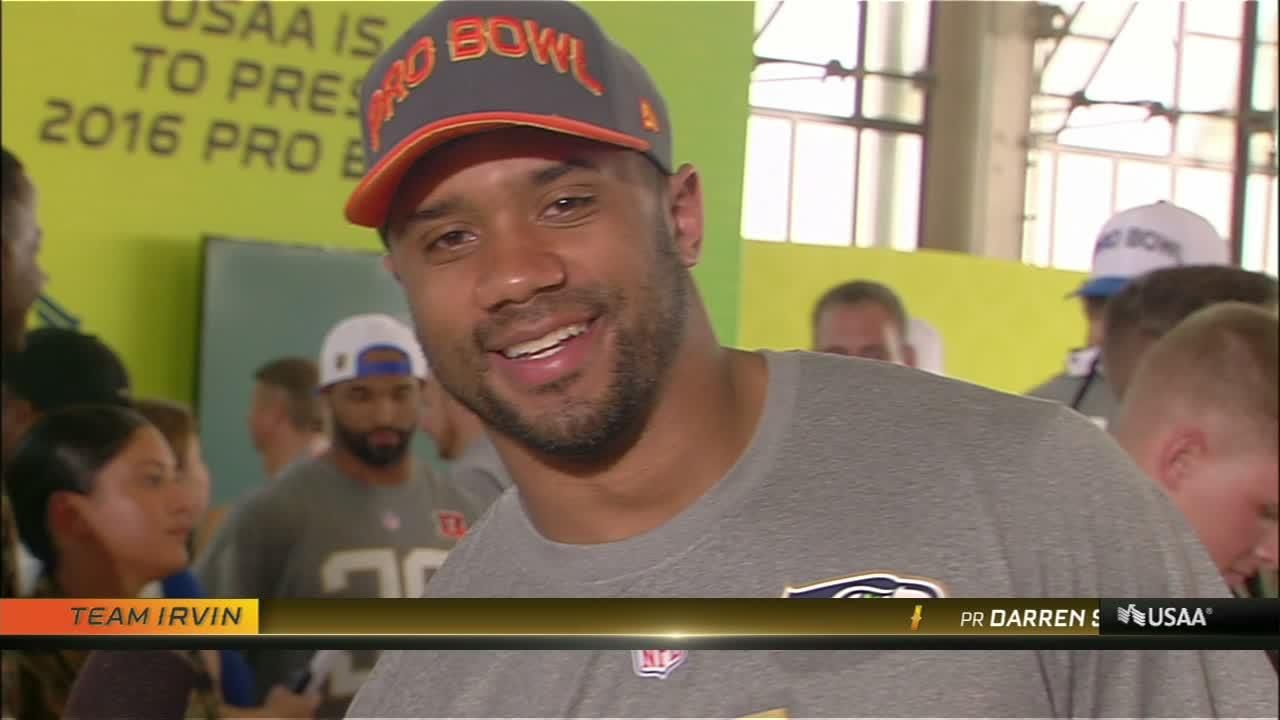