The Houston Roughnecks remain unbeaten heading into their in-state matchup with the Dallas Renegades in Week 4 of the XFL.

The league-best 3-0 record could not be possible without star wide receiver Cam Phillips, who on Tuesday was named XFL Star of the Week for the second straight week.

Phillips tore up the Tampa Bay Vipers in Week 3, with eight catches, 194 receiving yards and three touchdowns, which were identical with his number of scores the previous week.

Energy was high after the Houston Roughnecks intensely fought to the finish, winning 34-27.

With Phillips' award, Houston owns every Star of the Week award so far in the young season. Teammate quarterback P.J. Walker won the honor in Week 1 before Phillips' two consecutive awards.

Houston and Dallas lock up in the first game of their Texas rivalry on Sunday.

The Roughnecks could potentially go 4-0 entering their game at TDECU Stadium against the Seattle Dragons on Saturday, March 7. ABC13 will air the hometown game at 1 p.m.

“I SMELL ANOTHER ONE” @camphil5 takes home two straight XFL Star of the Week awards.

Phillips has 16 catches, 257 yards and 6 touchdowns through the last two weeks. pic.twitter.com/1k9HtCf1bT

Can we just rename the award to Houston's Star of the Week already? 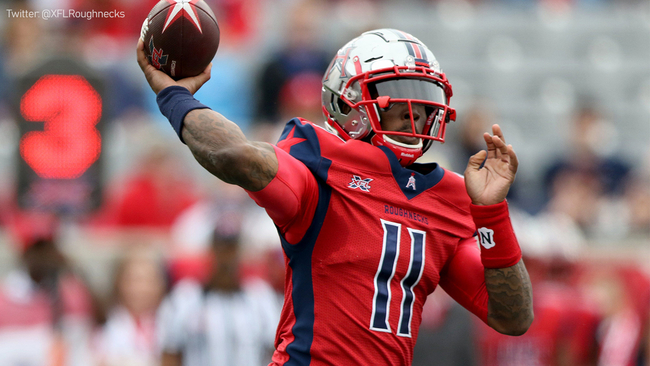 XFL: Roughnecks game 'should not have ended as it did'
More Videos
From CNN Newsource affiliates
TOP STORIES