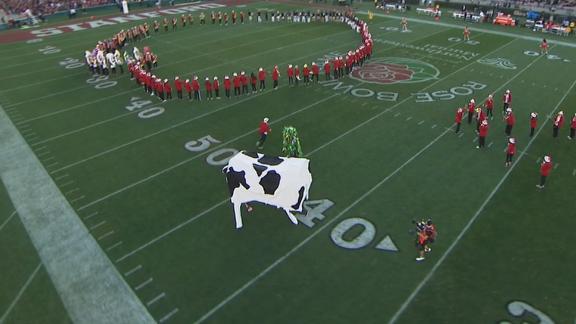 The Stanford band, fresh off a travel suspension for unruly off-the-field behavior, was booed off the field by Iowa fans at the Rose Bowl Game presented by Northwestern Mutual following a halftime show that included simulated cow tipping and a reference to FarmersOnly.com, an online dating site.

Rose Bowl representatives have chimed in and chastised the band, which has developed a reputation for similarly irreverent performances in the past.

"The halftime performance was not in line with the values of the Rose Bowl Game, and we will be reviewing our policies and procedures with regard to future band performances," the Tournament of Roses said in a statement.

The Rose Bowl has not reviewed band scripts before its halftime shows. The university approved the Stanford band's show beforehand this year.

"The Band's halftime show has provoked a variety of reactions," the statement begins. "The performance was intended to be irreverent fun, given Iowa's connection to farming and Stanford's historical nickname 'The Farm.' The script posted on the band's Facebook page provides fuller context. We understand that some viewers took offense at the performance, which we regret and which will be the subject of further discussion with the Band's leadership."

The Stanford band was barred from travel during the 2015 regular season because a university investigation found the band "violated university policies regarding alcohol, controlled substances, hazing and/or sexual harassment." The band successfully applied for reinstatement in December, and the Rose Bowl was its first appearance away from Stanford Stadium this season. 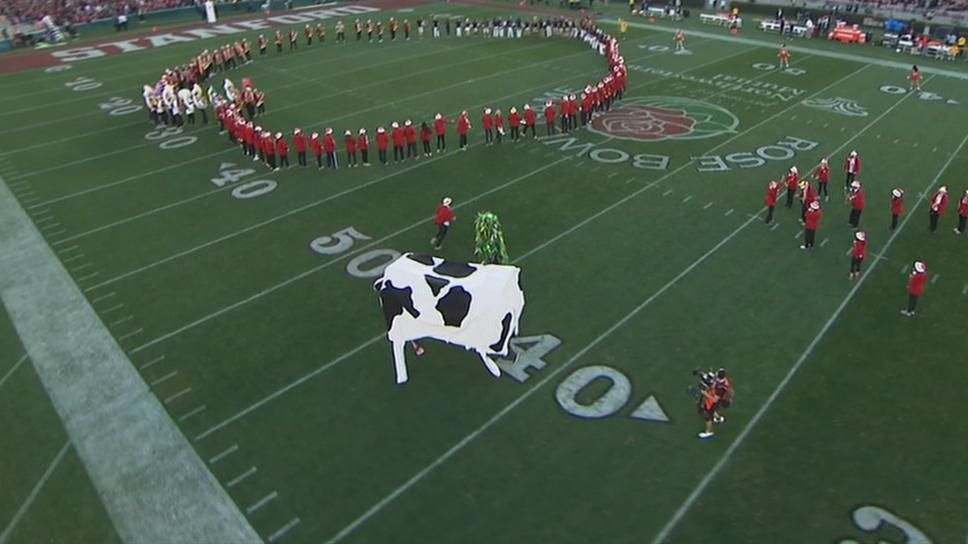