Ronda Rousey on UFC 207: 'This is definitely one of my last fights' 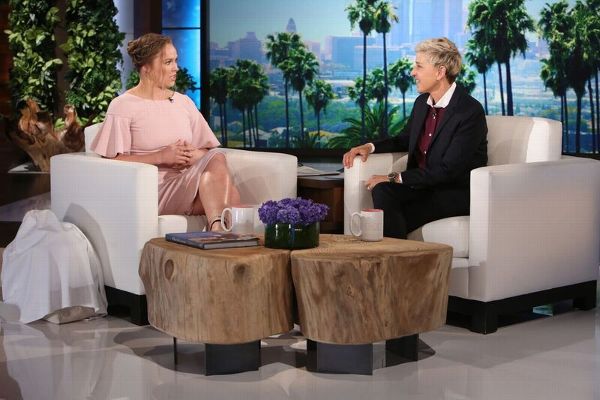 Ronda Rousey is returning to mixed martial arts but says she does not intend to stay much longer.

The former UFC bantamweight champion is scheduled to face Amanda Nunes in a 135-pound championship fight at UFC 207 on Dec. 30. It will mark Rousey's first appearance in the Octagon since she suffered a second-round knockout loss to Holly Holm in November 2015.

During an appearance on "The Ellen DeGeneres Show," Rousey, 29, said the fight against Nunes will be one of her last.

"Not that long," said Rousey, when asked how much longer she'll compete. "I'm wrapping it up. This is definitely one of my last fights. Everyone better watch the show. It isn't going to last forever."

Rousey (12-1) was the first woman to sign with the UFC when she joined in late 2012. She immediately became the promotion's first female bantamweight champion, a title she went on to defend six times.

Fighting out of Glendale, California, Rousey defeated 12 consecutive opponents to start her career and rose to become one of the sport's biggest stars. She has mostly avoided the spotlight since the Holm fight, however, and UFC president Dana White said Rousey needed a break after promoting three pay-per-view events in 2015.

Rousey, an Olympic bronze medalist in judo in 2008, echoed that sentiment during her appearance on the show.

"I think it's the buildup that is more tiring than anything else," Rousey said. "If we had a fight right now, I'd fight and go get dinner and I wouldn't really feel tired about it. It's the weeks and weeks of buildup beforehand. You know you're fighting this one person, it's like your showdown, the most important thing in your whole life. Millions of people are watching.

"If it just happened right now, I would not be nervous. It's all the waiting."

Rousey said she has been in the gym "twice a day" since August. Nunes (13-4) is coming off a first-round victory over Miesha Tate at UFC 200. She has nine career wins by knockout.

The UFC 207 event is scheduled to take place at T-Mobile Arena in Las Vegas.