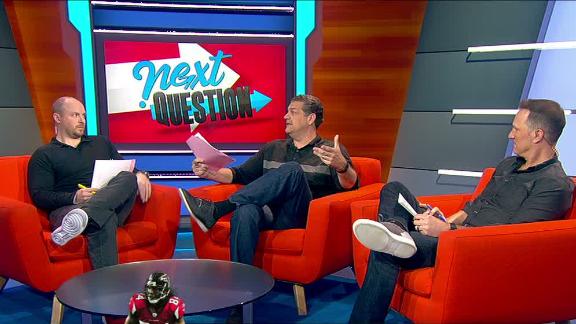 BIRMINGHAM, Ala. -- Former Atlanta Falconswide receiver Roddy White opened up about being released after 11 seasonsand was candid about his shaky relationship with offensive coordinator Kyle Shanahan.

The 34-year-old White, who participated in theUABalumni football game Saturday, said he wasn't too upset about the Falcons' final decision.

"No, I ain't frustrated at all; it is what it is," the four-time Pro Bowler said. "That's just the NFL. Eventually, it's going to be your time. It's just according to when it happens.

White saw his role diminish under Shanahan, who was in his first year as Atlanta's coordinator. He ended the season as the team's fourth-leading receiver with 43 catches for 506 yards and a touchdown.

After not catching a pass in consecutive games near the start of the season, White expressed displeasure with his role, saying he did not want to be just a "blocker."

"What [Shanahan] expected from me and what I expected from him was totally different," White said. "I expected to play a bigger role in the offense, and that's what I wanted to do. But he didn't have that in his desires. He had other people that he wanted to play my role, so he wanted me to be out of the [offense]. That was the whole thing. And it is what it is. I can't do nothing about it. I can't change his way of thinking or anything like that. I can just do what I did, which was just handle my business and get myself prepared for this moment."

White said he was annoyed with chatter of him not being able to learn the offense. He was asked if the offense was too complex.

"No it wasn't, besides the things [Shanahan] was doing in making six variations to one route," White said. "It was just episodes throughout the game where I think he mismanaged things and screwed up and we didn't have the opportunity to win the game, which, I thought, was on him as the offensive coordinator. It wasn't sound football, but it was things that he was used to doing and things we weren't used to doing as an offense, and it literally cost us like two games."

White was asked if he attempted to speak with Shanahan throughout the season to voice his concerns, other than the sitdown he had with the coach after White publicly complained about his role.

"Man, I talked to him just about every day about everything," White said. "But it's like, 'If I'm talking to you and it's not getting no better, what do you expect from me?' He kept trying to tell you all what he's trying to do with the offense, but for the last 11 weeks of the season, we didn't do anything. We didn't turn no curves. The first four weeks were good. We went out there and scored a bunch of points and started off strong. But other than that, we didn't do nothing the rest of the year.

"We weren't going out there and averaging over 20 points per game, which is bad. Prior to him being there, we could score 20 points sitting down. Our offense was never really a problem before."

White, who had two years remaining on his contract and would have had a salary-cap number just over $6 million for 2016, confirmed the team never approached him about taking a pay cut.

"I don't think the money they were paying me was anything that had anything to do with the whole situation with them releasing me," he said. "That wasn't an issue at all. [General manager] Thomas [Dimitroff] kind of alluded to that, that [money] wasn't going to be an issue in whether they'd release me or not.

"The other guys felt I couldn't contribute to help the team win anymore, so they did what they had to do."

White clarified the details of how the release occurred. He was in Saint Martin with his girlfriend when his agent, Jonathan Feinsod, called him with the news. He received a call from coach Dan Quinn an hour later.

"I didn't answer because I didn't know it was [Quinn calling] until after I got his message," White said. "Then he sent me a text message, and I responded."

Quinn said the team released White on Wednesday so the veteran would have a chance to catch on with another team before the start of free agency. Quinn said he intended to meet with White face to face once White returned from Saint Martin.

"I'm literally done with that situation," White said. "I understand that Coach wants to sit down and talk but for me, we're past that situation now. We really have nothing to talk about. You just move forward. They're going in a different direction, and I'm going in a different direction, so no need to cross that bridge again and talk about, what, the good times we had?"

The next step for White, a former first-round draft pick and the Falcons' all-time leading receiver with 10,863 yards on 808 catches (63 touchdowns), is finding a new team.

There is an obvious interest in such a scenario, however. Plus, White said he wants to stay in warm weather and in the South.

"I can't say that right now," White said of the Buccaneers. "That would just be me being emotional. I never base my decisions off emotions." 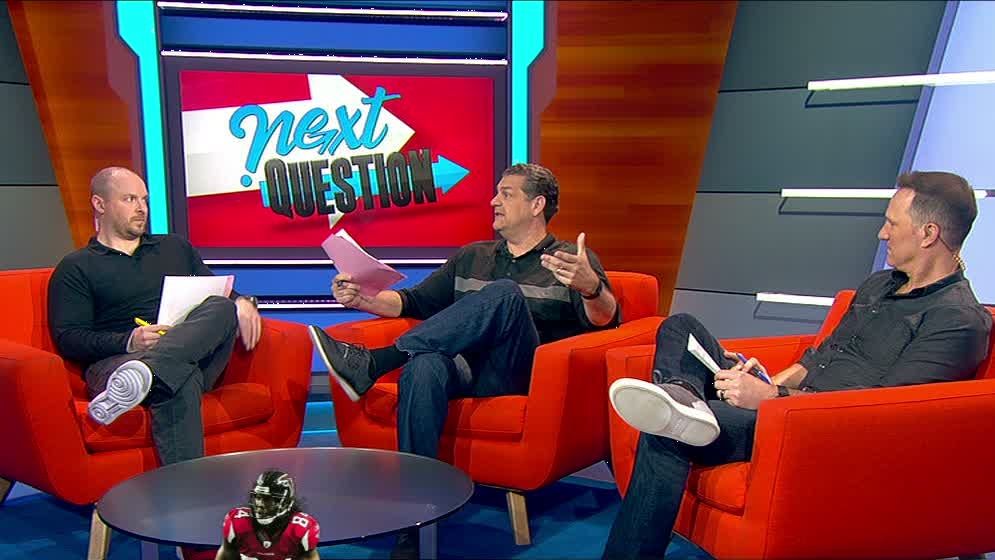 How will you remember Roddy's career in Atlanta?
Ryen Russillo and Danny Kanell join Mike & Mike to discuss how WR Roddy White will be remembered in Atlanta, after being released by the Falcons on Wednesday with two years remaining on his contract.
Related topics:
sportsespnroddy whiteatlanta falconscoordinatorkyle shanahanocoffensenflrelease
Copyright © 2021 ESPN Internet Ventures. All rights reserved.
More Videos
From CNN Newsource affiliates
TOP STORIES