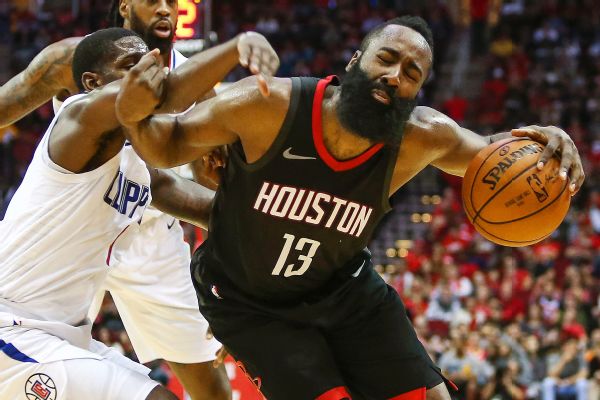 The Houston Rockets are withdrawing their protest of a Dec. 22 loss to the LA Clippers, according to the Houston Chronicle.

The Rockets initially filed the protest last month, which was based on their argument that Jawun Evans should have fouled out with 3:10 to play but that Lou Williams was given the foul instead. Houston lost 128-118 but were only down three when the error was made.

An NBA spokesman acknowledged the error to the Chronicle at the time of the protest.

According to the Chronicle, the last time the NBA ruled in favor of a protest was in 2008, when the Atlanta Hawks and Miami Heat replayed the final 51 seconds of a game in which Shaquille O'Neal fouled out with five fouls rather than six.
Report a correction or typo
Related topics:
sportsespnlou williamshouston rocketsla clippersfouled outprotestnbajawun evans
Copyright © 2022 ESPN Internet Ventures. All rights reserved.
TOP STORIES
No bond granted for suspect in Pct. 5 corporal ambush killing
Bodies found in back seat and trunk of burning vehicle in Liberty Co.
Attorney of man questioned in dad's death wants him to seek help
Houston greenlights plan to help homeless find housing
EPA announces cleanup plans to address Fifth Ward cancer cluster
Investigation underway in pregnant woman shooting
Search underway for suspect in Texas City double shooting
Show More
New Buffalo Speedway bridge opens over Brays Bayou
ABC13 sits down with 3 of 5 Democrats looking to unseat AG Ken Paxton
You could get paid to get your COVID vaccine or booster
Man who sold weapon to Colleyville synagogue standoff suspect charged
C. Baldwin Hotel announces downtown watch party for The Bachelor
More TOP STORIES News