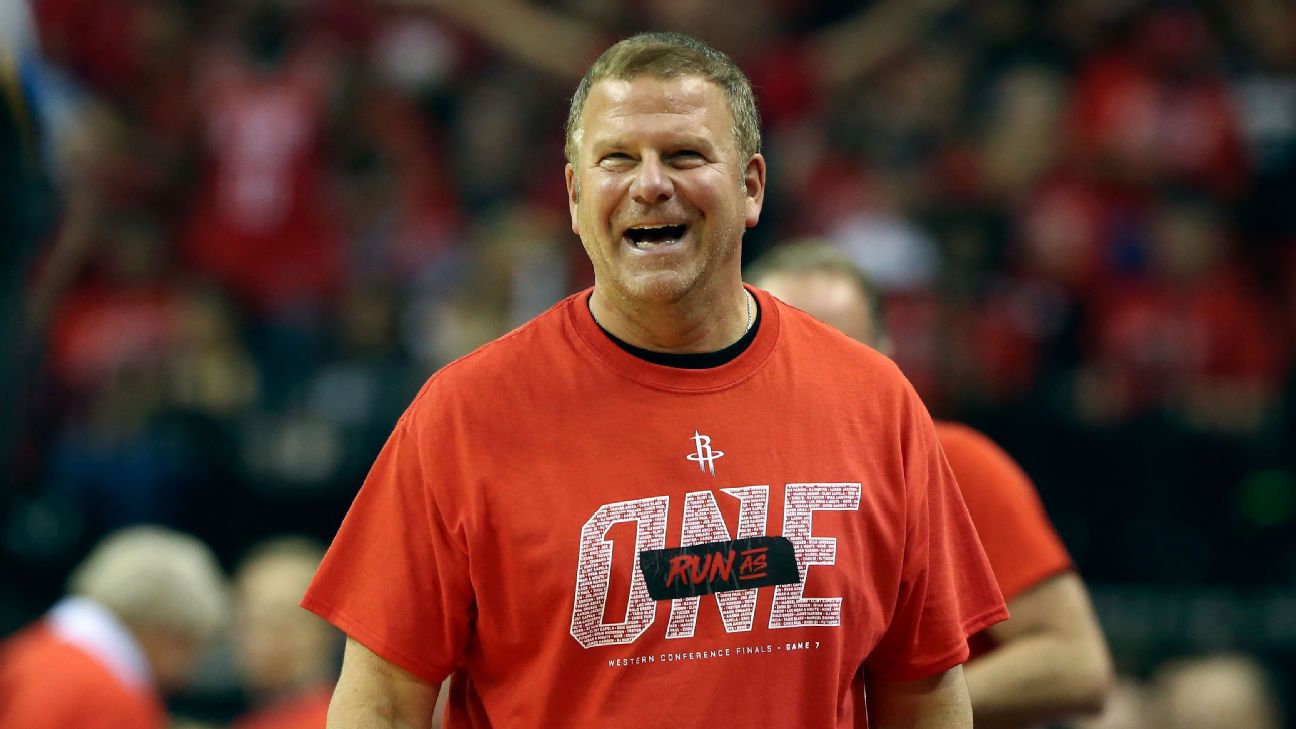 Re-signing point guard Chris Paul to a four-year, $160 million maximum contract virtually guaranteed that the Rockets would pay luxury tax this season. Houston allowed two other key contributors to leave in free agency instead of making competitive bids to keep Trevor Ariza (one year, $15 million from the Phoenix Suns) andLuc Mbah a Moute (one year, $4.3 million from the LA Clippers).

Other than Paul, the Rockets have signed players to only minimum salaries this summer. They are at a standstill with restricted free-agent center Clint Capela after Houston's initial offer was well shy of the big man's expectations.

With 11 players on the roster, the Rockets' payroll stands at $118.5 million, approximately $5.2 million shy of the luxury tax.

Sources told ESPN that the Rockets' initial offer to Capela was in the four-year, $60 million range, with the blossoming star center seeking a deal similar to Oklahoma City Thunder big man Steven Adams' four-year, $100 million contract. The Rockets plan to pursue forward Carmelo Anthony after his expected departure from the Thunder via being waived or bought out, league sources told ESPN's Adrian Wojnarowski.

"We feel like we were a Chris Paul injury away from being in the Finals, and we feel really good about this year," Fertitta said, referencing the hamstring strain that caused Paul to miss Games 6 and 7 of the Western Conference finals against the Golden State Warriors. "I think come opening night, I think everybody's going to be really impressed with the team that we have on the floor."

During an interview on the ESPN broadcast of the Rockets-Clippers game, Houston general manager Daryl Morey said the franchise's focus this summer is to acquire players who will outperform their contracts. He acknowledged that Ariza and Mbah a Moute were significant losses for the Rockets.

"Both Trevor and Mbah a Moute were a big part of our team," Morey said. "That's part of my job and our staff's job is to put together a new group for this year. We feel confident. We need our best team on April 15. We're going to either sign or trade or something to get us back to where we need to be, and we also really like our group."

Ariza and Mbah a Moute were critical to the Rockets' drastically improved defense last season. Coach Mike D'Antoni said the Rockets would continue to use a switch-intensive scheme and expects to replicate the defensive success of last season, when Houston led the NBA with 65 regular-season wins. T-storms racing toward the coast as cold front pushes in