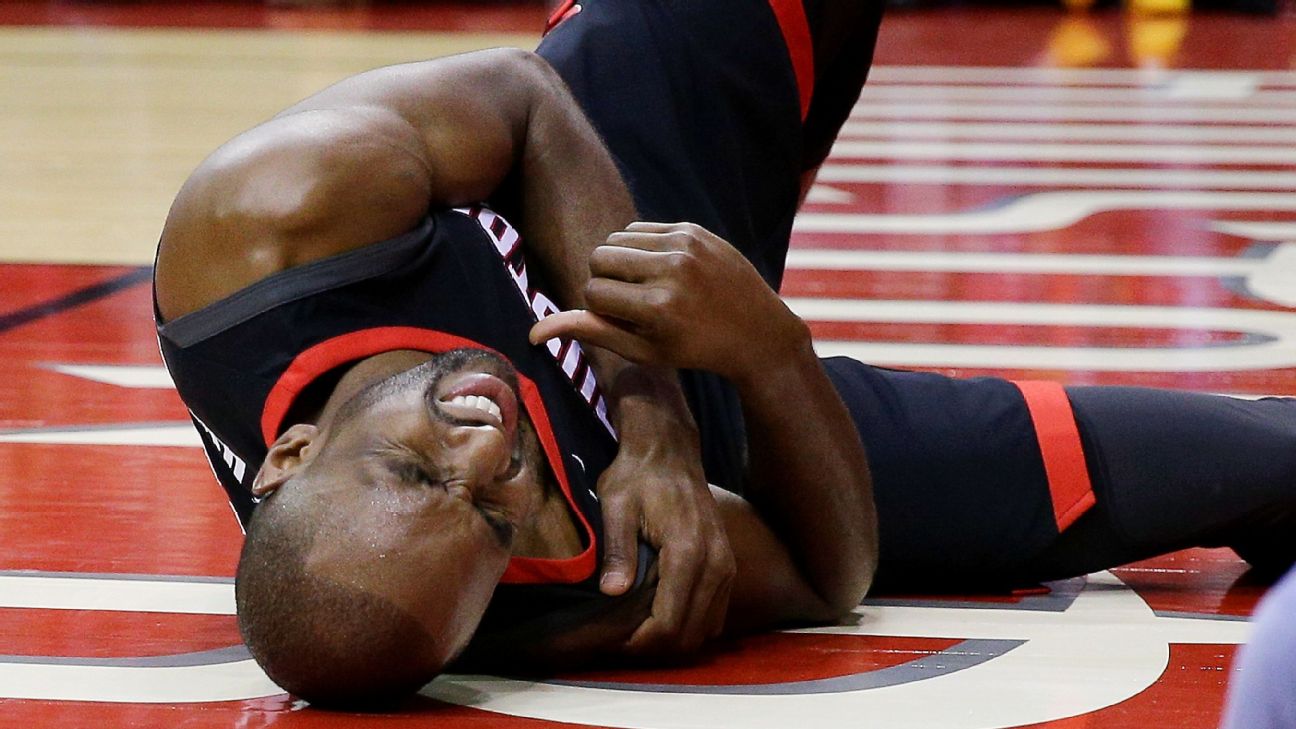 Key Houston Rockets reserve forward Luc Mbah a Moute is optimistic that he will be able to play in Sunday's Game 1 against the Utah Jazz after missing the first round due to a dislocated right shoulder.

Mbah a Moute, who suffered the injury in the Rockets' April 10 win over the Los Angeles Lakers, is officially listed as questionable. He went through his first full practice of the playoffs on Saturday, which he hopes is the final step before being cleared to return.

Mbah a Moute missed a month after dislocating his right shoulder in mid-December, but this injury was not as severe.

"I'm ready in my mind," Mbah a Moute told reporters in Houston before the practice, adding that the final determination on his status will be made Sunday. "I've done this already, so I'm not used to it, but I pretty much know what to expect."

Mbah a Moute has provided tremendous value for the Rockets after signing for the veteran's minimum during the offseason. The 10-year veteran averaged 7.5 points and 3.0 rebounds in 25.6 minutes per game and is a versatile defensive stopper who has been critical to the success of the Rockets' switch-heavy scheme. Mbah a Moute's defensive rating of 101.2 points allowed per 100 possessions is the lowest of the 10 Houston players who averaged at least 20 minutes per game.

"Luc is a huge part of what we're trying to do," Rockets star James Harden told reporters. "We've been missing him. Luckily we got past the first round, but in order to get where we want to go, he's going to be a big part of that."
Report a correction or typo
Related topics:
sportsespndislocatedutah jazzjames hardenluc mbah a moutehouston rocketsshouldernba playoffsnbalos angeles lakers
Copyright © 2022 ESPN Internet Ventures. All rights reserved.
TOP STORIES
Houston gets extra 'rose' after paying $240k to bring Bachelor to town
Driver in Highway 249 road rage incident speaks out
Something strange is happening with our universe: NASA
Rain chances continue into the work week
Texas woman sought in fatal shooting of pro cyclist: US Marshals
Man's body found 6 miles from separate shooting call in NW Houston
Deputy hit while working accident during Jeep weekend, sheriff says
Show More
Alcohol and storms contributed to deadly crash in Asiatown, HPD says
At least 12 displaced after SW Houston apartment fire, HFD says
78,000 pounds of infant formula arrives in US
Man shot on apartment balcony; same apartment shot up earlier: HPD
Houston launches guaranteed income pilot program
More TOP STORIES News