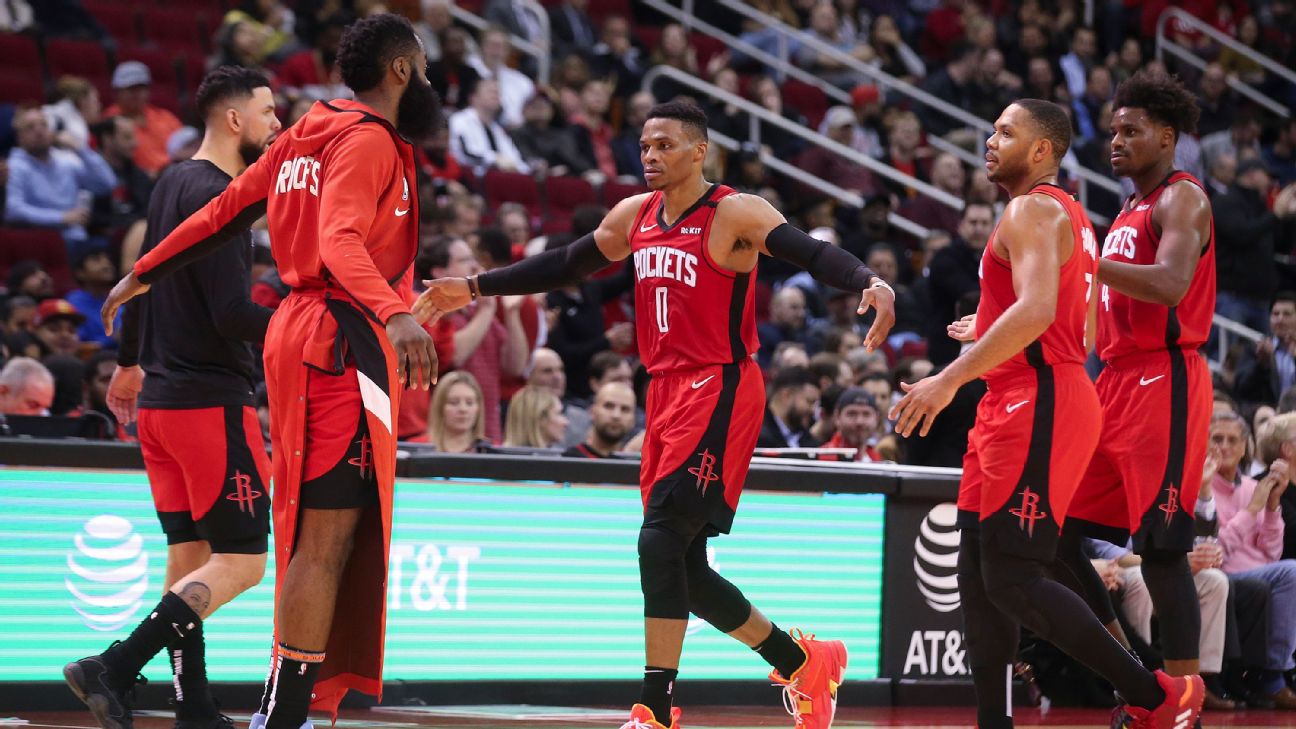 ESPN
By Tim MacMahon
HOUSTON -- After the Houston Rockets snapped a four-game losing streak with a 121-105 win Wednesday over the depleted Denver Nuggets, Houston coach Mike D'Antoni was asked if his team could build off this victory.

The Rockets didn't pretend that all of their problems were solved because they beat a team that was without five of its top seven players, with Denver missing point guard Jamal Murray (ankle), shooting guard Gary Harris (aductor), power forward Paul Millsap (knee), backup center Mason Plumlee (foot) and reserve forward Michael Porter Jr. (back).

But Houston was in desperate need of a victory regardless of circumstances after losing five of its previous six games. The Rockets considered their energy and effort during Wednesday's win -- basics that had been lacking lately, particularly in transition defense -- to be encouraging signs.

"Obviously, they were missing a few of their players, but it was a confidence builder," said Rockets star James Harden, who scored 27 points on 6-of-13 shooting. "We just tried to do all the right things. It was a good win for us."

Russell Westbrook, the lone Houston player who has been performing consistently well recently, had another spectacular statistical line with 28 points, 16 rebounds, 8 assists and 4 steals. He was a major reason the Rockets won the rebounding battle 53-40, dominating a facet of the game that D'Antoni has strongly emphasized lately.

Sixth man Eric Gordon, who has struggled while playing his way into shape after missing six weeks due to knee surgery, scored a season-high 25 points on 8-of-11 shooting.

There was a light-hearted mood in the Rockets' locker room after the victory, a stark contrast to the previous four games. Westbrook preached after Houston's past two losses about the need to stay positive, and the Rockets finally had reason to smile again after improving to 27-16, pulling even with the Dallas Mavericks for fifth place in the Western Conference standings.

"Obviously, that helps -- winning," Westbrook said. "But through it all, you've got to stay positive. I know it's sometimes difficult when you're losing, you're in a drought, you're not shooting well, you're not playing well. But greater days are coming. I believe that. I truly believe that."

The goal, as Westbrook stated, is for the Rockets to peak toward the playoffs. A related challenge for a veteran team like the Rockets is maintaining focus through the so-called dog days of the NBA season.

"No one likes to lose, and we had a four-game losing streak," D'Antoni said. "But it can turn into something positive. If guys get their attention and we play with energy and determination, it's a good thing."
Report a correction or typo
Related topics:
sportsespnnewsjames hardenhouston rocketsrussell westbrooknba
Copyright © 2020 ESPN Internet Ventures. All rights reserved.
More Videos
From CNN Newsource affiliates
TOP STORIES