Rice band marches into 'IX' at halftime of loss to Baylor 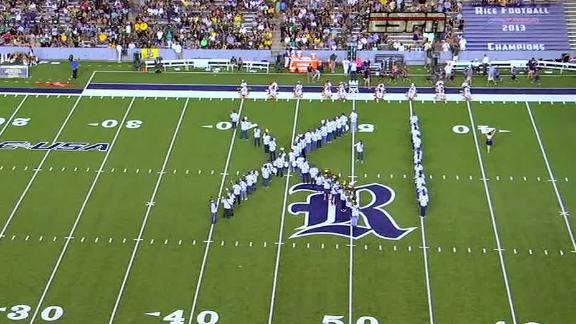 HOUSTON -- The Ricemarching band formed a "IX" on Friday night at halftime of a 38-10 loss to visiting Baylorin an apparent reference to the sexual assault scandal that has rocked the Waco, Texas, school this year.

The Marching Owl Band, which has long been known for its parody-driven performances, took the formation in front of the Baylor fan section, in an apparent reference to Title IX.

Several sexual assault victims have filed Title IX lawsuits against Baylor, accusing the school of negligence in its handling of sexual assault claims.

Later in its performance, the band formed a star in apparent reference to Baylor's former president, Kenneth Starr.

The stadium's public-address announcer led the band into the formations, according to the Houston Chronicle.

"There are nine judges on the Supreme Court or is it?" the announcer said before the band's IX formation. The song "Hit The Road, Jack" then accompanied the star formation, the Chronicle reported.

According to the Rice Thresher, the school's student publication, an angry Baylor fan confronted the band members after the performance, but nothing more came of the situation.

Rice University issued a statement Saturday and said its Marching Owl Band -- or MOB -- has a "tradition of satirizing" the team's opponents but said it regretted "any offense,particularly if Baylor fans may have felt unwelcome in our stadium."

"While we know that the MOB did not intend in any way to make light of the serious issue of sexual assault, we are concerned that some people may have interpreted the halftime performance in that vein. Sexual assault is a matter of serious concern on campuses across the nation, and all of us have an obligation to address the matter with all the tools at our disposal," the statement said. "The MOB sought to highlight the events at Baylor by satirizing the actions or inactions of the Baylor administration, but it is apparent from the comments of many spectators and Baylor fans that the MOB's effort may have went too far."

Baylor has faced scrutiny for more than a year about how it handled sexual assaults involving athletes.

In May, the school released a summary of the Pepper Hamilton report, which detailed how Baylor -- and specifically members of the football program -- failed to respond to reports of sexual assaults.

After the summary was released, coach Art Briles was fired, Starr was demoted and ultimately resigned as university president and chancellor, athletic director Ian McCaw was suspended and resigned, and at least two other athletic department employees were fired.

Information from Mark Schlabach and Paula Lavigne was used in this report. 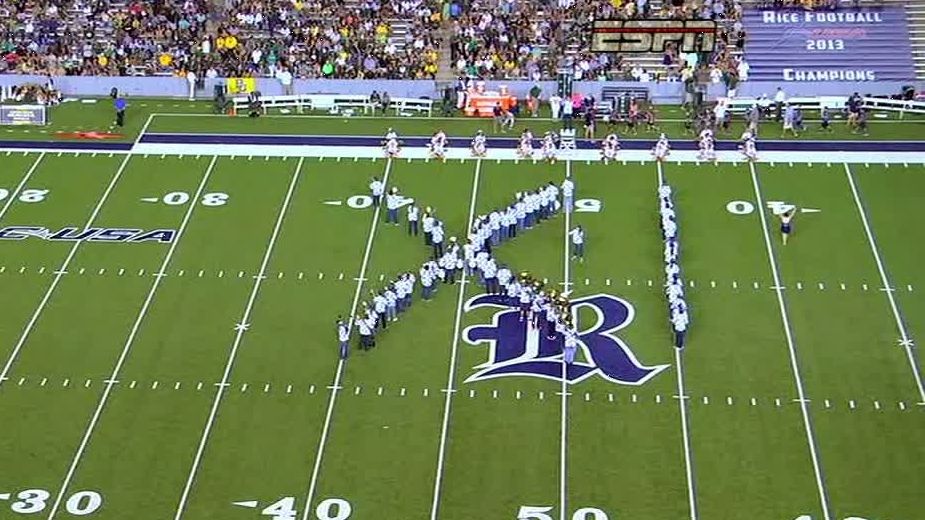