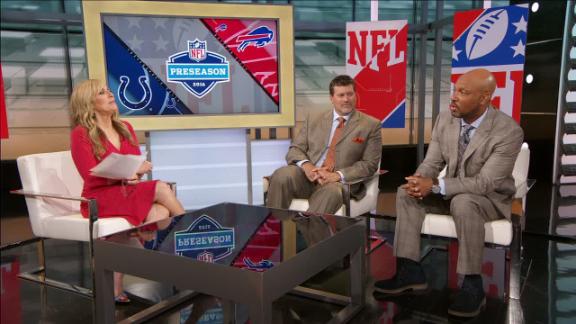 "Take a look at the tapes, and see how many times we blitzed," Ryan said before pausing to collect his thoughts.

Ryan's comment was clearly directed at Irsay following Buffalo's preseason-opening 19-18 loss to the Colts on Saturday.

Two hours before the game, Irsay announced on his Twitter account that the Colts would wait until next week for Luck to make his first preseason start.

Pagano said it was his decision to sit Luck against Buffalo. Pagano didn't waver when reminded that he was prepared to have Luck play a week earlier against Green Bay in the Hall of Fame game, before it was canceled because of an unplayable field.

"It's one of the benefits that you get when you're the head coach," Pagano said with a smile. "You get to decide who plays and who doesn't play."

Without Luck, backups Scott Tolzien and Stephen Morris teamed up to pull off a victory.