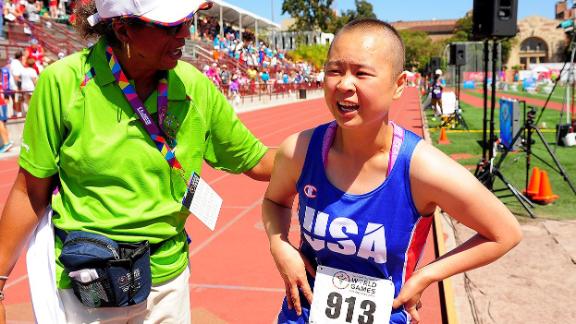 ELM GROVE, Wis. -- Olivia Quigley put cancer treatment on hold in the summer of 2015 to fulfill her dream of competing at the Special Olympics World Games. She not only ran away with gold in the 100 meters and 400-meter relay, she ran straight into the hearts of everyone who came in her path.

On Tuesday, Quigley died at age 25 after a two-year battle with cancer, her family told ESPN.

"Olivia Quigley lived the Special Olympics oath 'Let me win. But if I cannot win let me brave in the attempt,' said Timothy Shriver, the Special Olympics chairman. "Her grit, tenacity and spirit showed us all that no matter the challenge we all have it within us to fight to the end with joy in our hearts."

Quigley was adopted from China at the age of 3 by her parents, Judy and Dan. Although she had autism, Quigley graduated from Milwaukee Lutheran High School and was on the school's cross country and track and field teams. She became a beloved member of the Children's Hospital of Wisconsin staff, where she worked full time preparing and delivering meals. She even had a high brown belt in taekwondo.

Quigley had been diagnosed with Stage 4 breast cancer five months before the 2015 Special Olympics World Games and told her doctors she would begin chemotherapy on the condition she could still take part in the event.

At the Games in Los Angeles, the Wisconsin native wore a red, white and blue American-flag bandana and wowed crowds with her determination, spirit and champion athleticism.

"On the day of her 100-meter final, I could see it in her face," Judy Quigley said. "I saw a look in her eye and knew she was going to win. And sure enough, she crossed that finish line first and won a gold medal. She said after the race that, when that gun went off, she bolted as if her pants were on fire."

Olivia Quigley was named to espnW's 2015 Impact25 list of influential women in sports and given the inaugural Inspiration Award. She attended the award ceremony with her parents and younger sister, Isabelle, this past February in New York, and delivered a heartfelt speech in front of a crowd that included fellow honorees Elena Delle Donne and Tamika Catchings. Quigley dedicated her award to women battling breast cancer and encouraged them to "keep positive, keep moving and don't forget to laugh along the way."

She also sent a message to people with intellectual and developmental disabilities: "Never let anybody say you can't. Believe in yourself, pursue your dreams and surround yourself with people who will help you get where you want to be."

The Wisconsin State Assembly honored Quigley with the Hometown Hero Award for her spectacular performance at the World Games.

After resuming treatment, Quigley's cancer briefly went into remission, allowing her to return to work, her weekly taekwondo sessions and Special Olympics track and field practice.

This past summer, Quigley won another gold medal in the 100 meters at the Wisconsin Special Olympics Summer Games. Around that time, she began experiencing severe headaches, and it was discovered she had a cancerous tumor in her brain.

Despite surgery to remove the tumor, the cancer continued to spread in her brain and throughout her body.

"She is the most courageous person I've ever met," Judy Quigley told ESPN. "She has worked so hard to make her life the best it can be."

Olivia Quigley wins gold
Olivia Quigley, who was diagnosed with Stage 4 breast cancer in February, talks to Marty Smith after winning a gold medal at the Special Olympics World Games. 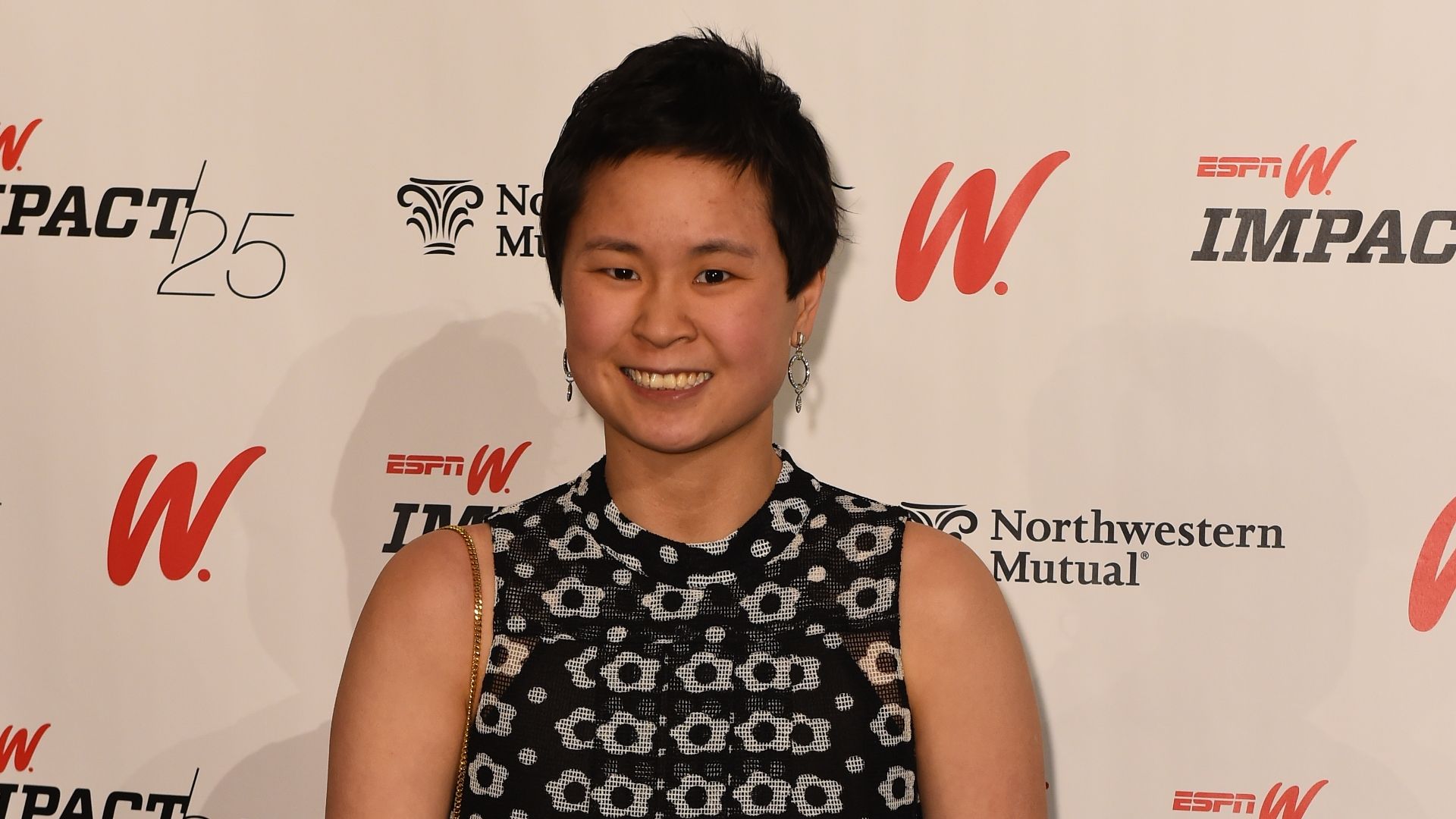