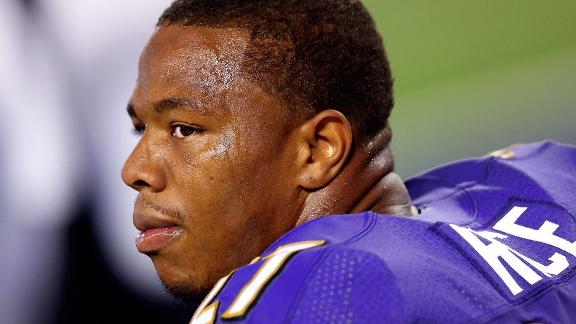 The Baltimore Ravens and running back Ray Rice reached a settlement before his grievance hearing began Thursday, a source confirmed to ESPN's Don Van Natta Jr.

Rice had been seeking from the team $3.5 million in back pay, which was the amount he would've made for the final 15 weeks after serving a two-game NFL suspension. He was released by the Ravens on Sept. 8, a few hours after the in-elevator video surfaced showing the three-time Pro Bowl player knocking out his then-fiance, Janay.

Ravens officials wouldn't confirm a settlement. This move would end the litigation between the Ravens and Rice, who is the franchise's No. 2 all-time rusher.

In November, Rice successfully won his appeal to overturn an indefinite ban from the NFL. He wasn't signed by any team and remains a free agent.