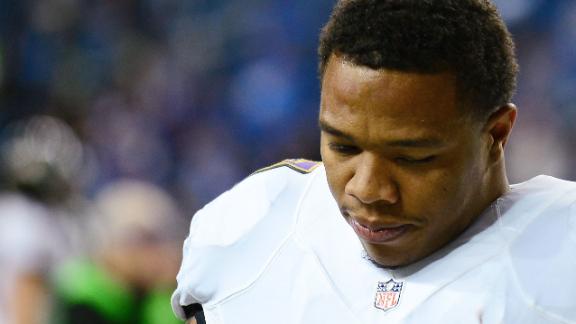 Ray Rice, who was suspended last season by the NFL after video surfaced of him punching his then-fiance in a hotel elevator, issued an apology to the city of Baltimore and to Ravens fans on Friday morning.

"The last seven years that my family and I have spent in Baltimore have by far been the best of our lives," Rice said in a letter issued to The Baltimore Sun. "From the bottom of my heart, I thank you all for the love and support you've shown my family and I throughout my football career. We'll always be grateful for the love we've received from all of our fans and supporters, and for winning a Super Bowl.

"To all the kids who looked up to me, I'm truly sorry for letting you down, but I hope it's helped you learn that one bad decision can turn your dream into a nightmare. There is no excuse for domestic violence, and I apologize for the horrible mistake I made. I hope you can find it in your heart to forgive me, and I hope to make a positive difference in people's lives by raising awareness of this issue."

The Sun reported that Rice plans to move to New York as he attempts to return to the NFL.

Commissioner Roger Goodell initially suspended Rice for two games, but after video showing Rice punching Janay Palmer, his current wife, was made public, the commissioner said he made a mistake and suspended Rice indefinitely.

Rice later appealed the suspension and won. The three-time Pro Bowler was reinstated by the league in November but has not signed with a team.

"I love you all very much, and I'll always be proud to say I played for the Baltimore Ravens," Rice said in the letter to the Sun.