Rams to ease Jared Goff in, make him inactive for opener 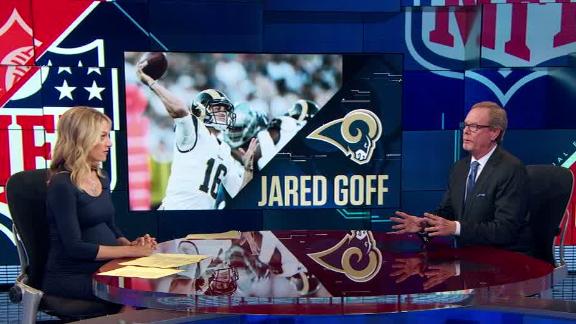 Jared Goff was handpicked to someday become the face of the Los Angeles Rams, but he won't even be in uniform when the season begins.

Goff, who finished his first preseason as the Rams' third-string quarterback, will be inactive during their Monday Night Football opener against the division rival San Francisco 49ers, coach Jeff Fisher said during a charity luncheon in Los Angeles on Tuesday.

Fisher told NFL Network that punter Johnny Hekker will be the team's emergency backup, with teams rarely keeping three quarterbacks active due to the increased need for special-teams players. Case Keenum has maintained his standing as the Rams' starter throughout the preseason, and Fisher said after Thursday's finale in Minnesota that Sean Mannion, a third-round draft pick in 2015, is currently his backup.

Goff finished the preseason completing only 22 of 49 passes for 232 yards, with 2 touchdowns, 2 interceptions, 2 fumbles and 4 sacks.

"Jared's had a great camp. So has Sean," Fisher told NFL Network. "Case is clearly our starter."

Goff's situation stands in contrast to the player taken one spot after him, Carson Wentz, whose potential convinced the Philadelphia Eagles to trade their former starter -- former Rams No. 1 pick Sam Bradford -- to the Minnesota Vikings.

Wentz will start his first game this weekend, while Goff will watch his in street clothes.

"I just want him to feel and sense and absorb the pressures of Week 1," Fisher told NFL Network, regarding Goff. "He's going to be a great player. As we've said from day one, we're not rushing him. We don't have to rush it. I'm really happy with where he is right now. It's unfair to compare him to anybody else. I know Philly has got their situation; it's a little different. ... Jared is in a good place right now. He's done some really good things, so I'm really pleased with his progress."

Fisher indicated that Goff and Mannion would take turns with scout team reps during practice this week and could potentially switch roles for the home opener against the Seattle Seahawks in Week 2, which would make Goff active and Mannion inactive.

Back in mid-April, the Rams sent a passel of picks to the Tennessee Titans for the right to select No. 1 in the 2016 draft and potentially land a quarterback to build around.

After much debate between Goff (out of Cal) and Wentz (North Dakota State), the Rams chose Goff, who was believed to be more polished. Wentz played in only one preseason game before suffering a hairline rib fracture on a violent hit. Goff, meanwhile, struggled to make quick decisions and hold on to the football, never once actually challenging Keenum for the starting job.

"We're in a good place," Fisher stressed. "Regardless of what everybody else is saying out there, [Goff is] our quarterback; he's going to be our franchise player. It's just not right now." 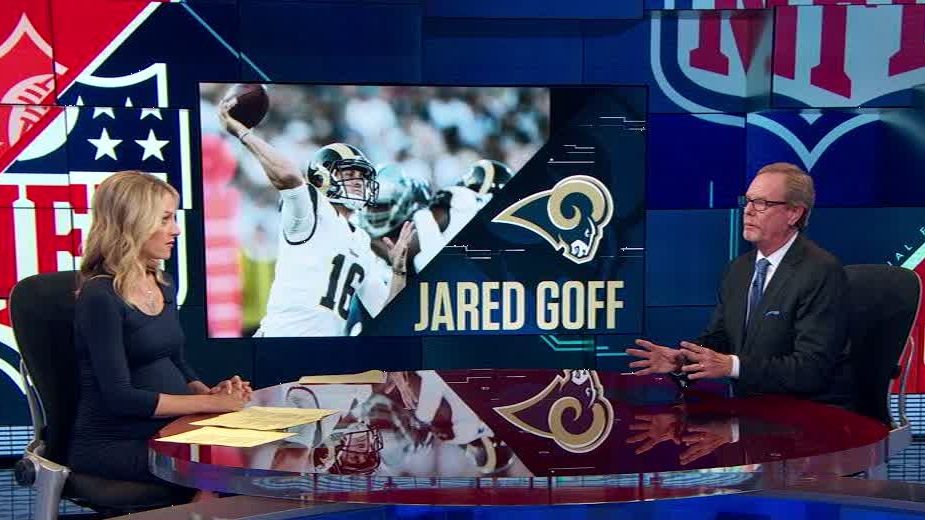