Rams save close to $24M after cutting three veterans 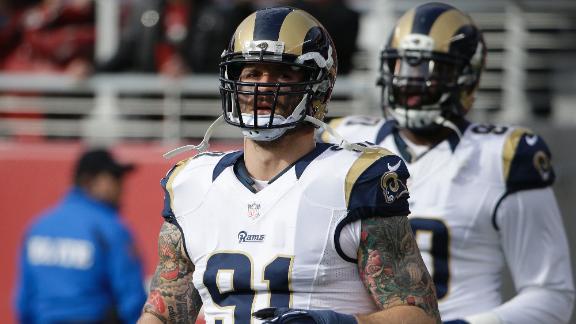 EARTH CITY, Mo. -- The Rams are not only moving to Los Angeles, they're also moving on from three veteran mainstays in the process.

In releasing the trio, the Rams will save about $24 million in salary-cap space. That could set them up to re-sign some of their own key free agents, like cornerbacks Janoris Jenkins and Trumaine Johnson, and safeties such as Rodney McLeod and Mark Barron.

"This is the time of year when all NFL teams are faced with difficult decisions regarding their veteran players," Rams coach Jeff Fisher said in a statement. "Chris and James are the epitome of what it means to be a pro in this league and it's been an honor to coach them both.

"They've been the pillars of our defense for many years and not enough can be said of their love for the game and for their teammates. Beyond the field, they took pride in mentoring the younger players and doing their part to make a real difference in the St. Louis community. We will always be grateful for James' and Chris' unselfish commitment to the Rams and wish them the best moving forward."

Long took to Instagram to offer an honest assessment of his performance the past two years and to thank fans for rooting for him in his time with the team.Between the 2010 and 2013 seasons, Long posted 41.5 sacks, which ranks fifth among defensive linemen. But over the last two seasons, Long has posted a total of 4.0 sacks, which ranks tied for 101st among players at his position.

Laurinaitis was actually at the team facility working out when Fisher called him into his office and broke the news.

"I was surprised by it, I was shocked at first," Laurinaitis told ESPN.com. "But I also know this is a business and when you start to move toward the front of the parking spaces and get a little older, all those people in front of you have left so you are not any different than anybody else who is getting up there. I'm going into Year 8, and I'm still 29 and I still feel like I'm playing at a productive level. I was a little shocked from that point of view but man other than that, it's a business.

"I have seen a lot of things and seen a lot of people go. I have been grateful to have seven years with the same team. That's rare in and of itself. I'm not bitter about that. Just a little surprised it happened this year, but that's football."

With Laurinaitis out of the picture, the Rams' early plan is to move linebacker Alec Ogletree inside and re-sign Barron to step into Ogletree's spot as the weakside linebacker. Barron filled in for Ogletree for the season's final 12 games in 2015, after Ogletree suffered a season-ending knee injury.

Before their release, Long and Laurinaitis were the team's two longest-tenured players. Long, the son of Hall of Famer Howie Long, was the second overall pick in the 2008 NFL draft and started 95 games, with 54.5 sacks, in his time with the team.

Laurinaitis came to the Rams as a second-round pick in 2009 and became the franchise's all-time leading tackler in 2015.

Cook signed a five-year, $35 million deal with the Rams as an undrafted free agent in 2013. He posted 142 receptions for 1,786 yards and eight touchdowns in three seasons with the team. The Rams would have taken a cap hit of $8.3 million had he remained on the roster.

"Jared made an immediate impact when he joined the team in 2013. It's been a pleasure watching him grow from the time I drafted him in Tennessee to seeing him set franchise records in St. Louis," Fisher said in the statement. "Like Chris and James, he's been a mainstay in the community and his contributions are commendable. We hope for the best for Jared and his family as he embarks on the next steps of his career."

Information from ESPN Stats & Info was included in this report. 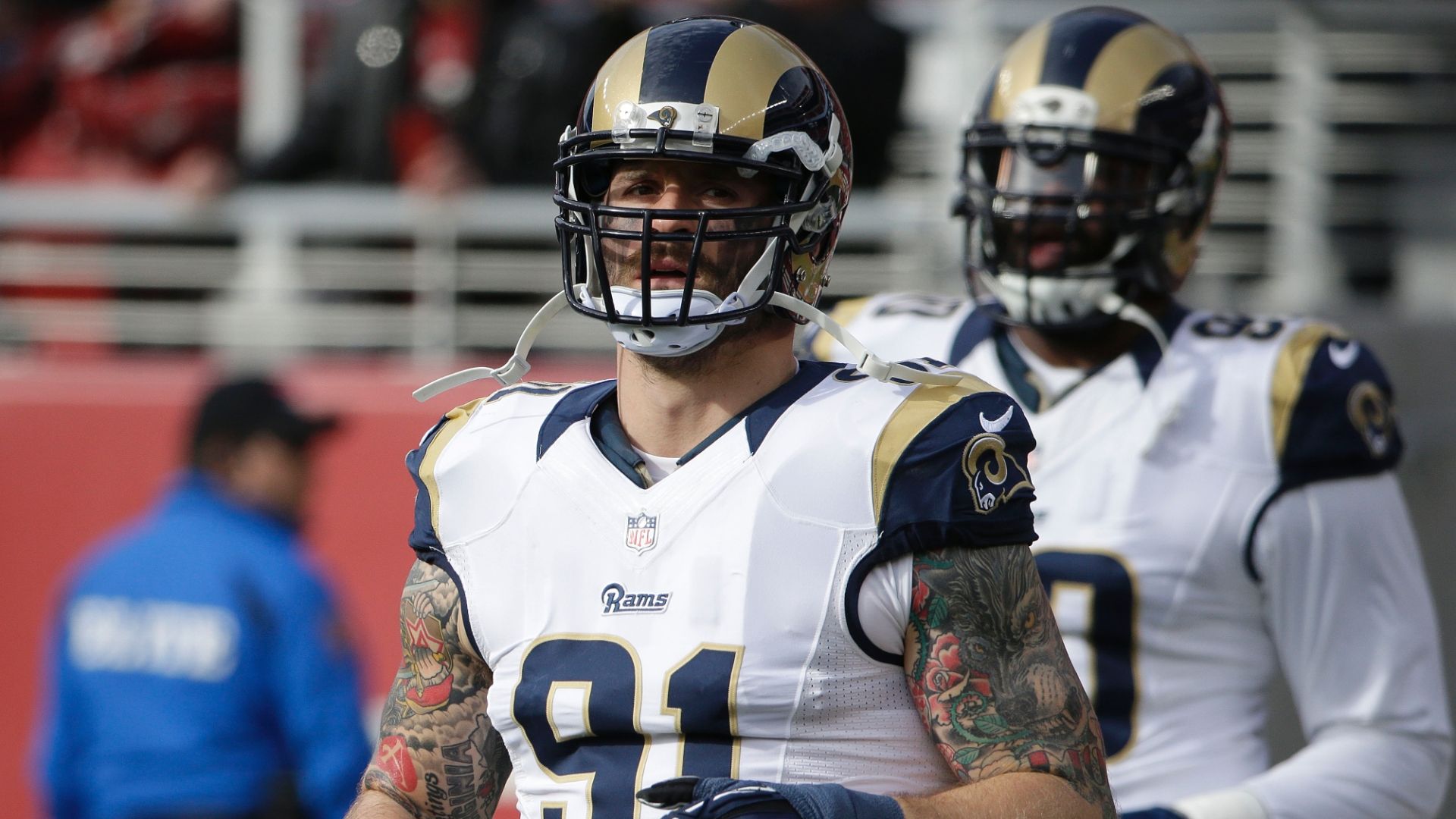