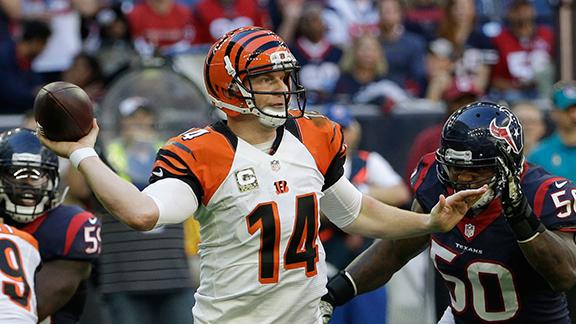 Texans quarterback Ryan Mallett will miss the rest of the season because of a torn right pectoral muscle, according to media reports.

Mallett, who played through the injury during Sunday's game, injured the muscle in his first career start Nov. 6 against the Cleveland Browns. He practiced fully all week but was on the injury report with a chest injury throughout the week leading up to the game.

The Houston Chronicle and Houston's Fox 26 earlier reported the news.

However, a team source told ESPN that Mallett's injury still is being evaluated and no determination has been made on his status.

The Texans turned to Mallett just before their bye week. Mallett replaced former starter Ryan Fitzpatrick, a 10-year veteran. The Texans traded for Mallett on Aug. 31; he had spent the first three years of his career with the New England Patriots. Mallett threw only four passes in that time and never played a meaningful snap.

The Texans acquired him for a conditional draft pick. With Monday's news, Mallett won't reach the proper playing time needed (40 percent of the team's snaps), so New England will receive a seventh-rounder.