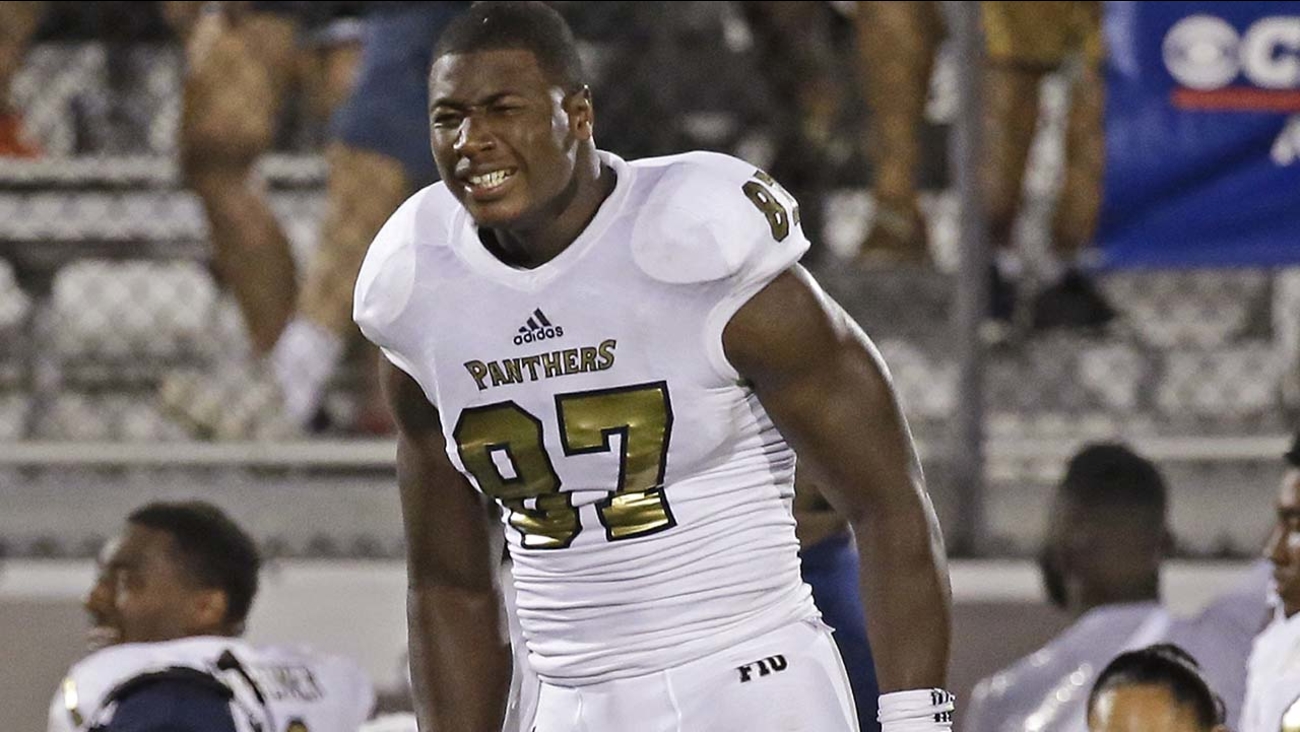 MIAMI, FL -- The girlfriend of Florida International University tight end Jonnu Smith is facing a felony aggravated battery charge after police say she poured boiling water on him during an argument.

An arrest report says 20-year-old Mary Gaspar, who is five months pregnant, told officers she had been angry that Smith wasn't paying attention to her Oct. 31 when she boiled a pot of water in his dorm room and then dumped it on him, causing severe burns and hospitalization.

Smith is third in FIU history with 17 career touchdown catches, and fourth with 175 receptions. He caught 39 passes for 441 yards and three touchdowns this season and will likely be considered for the NFL draft.