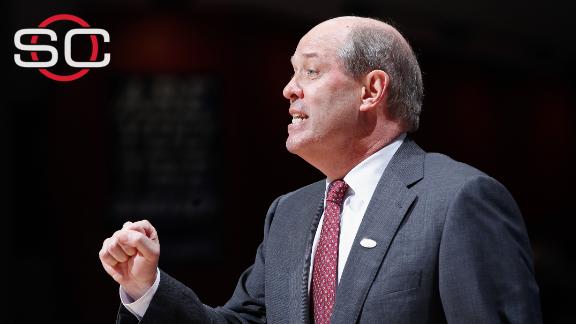 Vanderbilt coach Kevin Stallings, whose job security was in question with the Commodores, has been hired to replace Jamie Dixon at Pittsburgh, the school announced Sunday.

Sources said it is a six-year deal.

"I am extremely excited to join the University of Pittsburgh family," Stallings said in a release. "Pitt has a tremendous basketball tradition and I am looking forward to building on the excellent foundation that is in place on the court and in the classroom. The city of Pittsburgh is outstanding and I have a great deal of respect for the people that make it such a special place. I look forward to seeing their support along with that of the Oakland Zoo next season at the Petersen Events Center."

Stallings, 55, had been the head coach at Vandy for 17 seasons and made the NCAA tournament seven times.

The Commodores were expected to battle for the SEC title this season with a roster that included Wade Baldwin and Damion Jones. However, Vanderbilt finished 19-13 overall and in a three-way tie for third place in the SEC. The Commodores made the NCAA tourney and lost to Wichita State in the First Four.

There was speculation that Vanderbilt was expected to sever ties with Stallings, but he was able to get another job before a decision was made about his future with the help of Todd Turner, the former Vandy athletic director who hired him. Turner now runs a search firm called Collegiate Sports Associates that has been retained by Pittsburgh to help with the search.

Panthers athletic director Scott Barnes had reached out to several other candidates but was spurned, one source told ESPN.

Barnes came from Utah State less than a year ago and hired Stallings to replace Dixon, who left last week to return to his alma mater, TCU.

"Coach Stallings and I share the same vision for Pitt -- playing in the Final Four," Barnes said in a release. "Kevin has a successful track record recruiting the ACC footprint and beyond, and is one of the best coaches in the country at building an offense around his talent. He plays a fun up-tempo style that players love and fans will enjoy. Kevin runs his program with impeccable character and has a high care factor and connection with his student-athletes. He is a Power 5 conference coach whose experience and success will be immediate assets for our program."